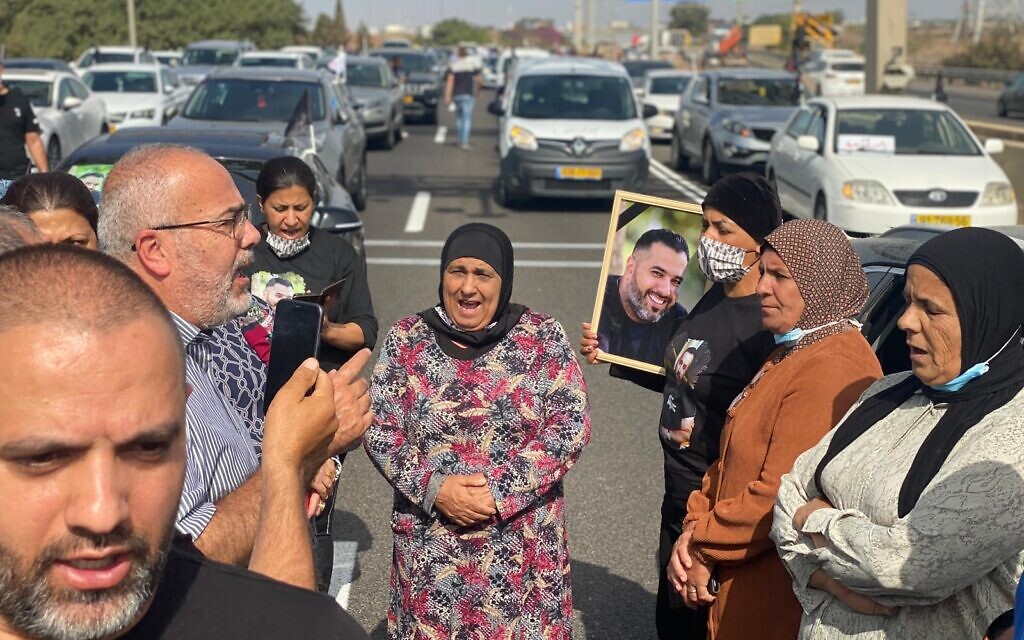 Dozens of Arab-Israeli protesters on Thursday blocked Israel’s central highway on Route 6 and other major roads to protest the government’s alleged inaction to end the wave of crime in Arab towns.

Protesters set off from Kafr Qara in central Israel in a convoy of vehicles to Jerusalem.

After halting traffic at Eyal Junction, protesters briefly blocked a major highway in Tel Aviv during the evening rush hour – the Ayalon Highway near the Hashalom interchange. The highway was reopened shortly after.

Parliamentarians from the Joint List bloc made up of predominantly Arab parties, including Joint List leader Ayman Odeh, took part in the protest.

Several Arab mayors also joined the convoy, as well as Arab Israelis who have lost loved ones to violent crimes endemic within the Arab community.

â€œWe live in a situation where there are murders every two or three days. If our children cannot live normal lives, the rest of the country cannot continue normally, â€Odeh said.

Arab Israelis have long bemoaned the lack of law and order in their towns and villages, where they say the police rarely bother solving killings. But this year is poised to be the bloodiest on record, with 104 community murders recorded well before the end of the year.

Prime Minister Naftali Bennett’s government has pledged to act to end the violence. On Sunday, the government put forward a five-year plan of 2.4 billion shekels ($ 784 million) to end the violence; more extreme measures, such as involving the Shin Bet security service and expanding the powers of the police, are also under consideration. The plan will now head to the Knesset, where it is expected to pass as part of the upcoming budget.

The Joint List, however, has strongly criticized the plan. “This is a plan to kill 1,400 Arabs,” Odeh said Tuesday in a video posted to his Facebook page, in which he said the proposal did not allocate enough resources to the problem.

Learn Hebrew in a fun and unique way

You get news from Israel … but do you TO HAVE this? Here is your chance to understand not only the big picture that we cover on these pages, but also the critical and juicy details of life in Israel.

In Streetwise Hebrew for the Times of Israel community, each month, we will learn several familiar Hebrew phrases around a common theme. These are small audio Hebrew lessons that we think you will really enjoy.

Sweden: no easy place for a Jewish community