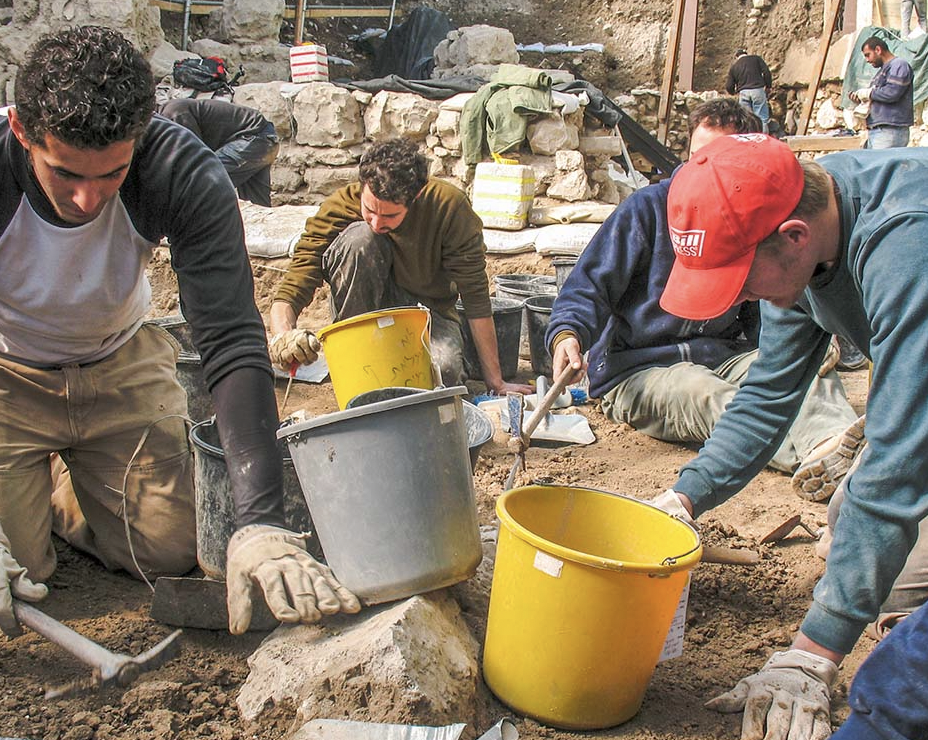 Excavations in the City of David, south of the Old City of Jerusalem (Photo: The Armstrong Institute of Biblical Archaeology)

According to Brent Nagtegaal of the Armstrong Institute of Biblical Archeology in Jerusalem, understanding and learning the lessons of the past is key to understanding where human beings have been and where we are going.

The Institute, named after philanthropist and theologian Herbert W. Armstrong, focuses on sharing the biblical archeology of Israel and significant finds from excavations in Jerusalem in order to showcase them around the world. The new building opened on September 4.

“The excavations are mostly focused on the biblical period,” Nagtegaal told Christian journalist Paul Calvert in a recent interview. “We try to bring the Bible to life in a way that brings the actual physical artifacts together, connects them to the biblical story. And that is what we find in Jerusalem repeatedly. We find excavations that are done, in many ways, in a scientific way that is distinct from the biblical text. And yet we find it very much correlated with the story that we all read about in the Bible.

Nagtegaal said many of their findings at the Institute prove the Bible to be correct and have provided definitive proof of the existence of biblical figures, such as King Hezekiah during the time of Jeremiah the Prophet.

Nagtegaal said, for example, that they discovered two seal impressions – or stamp signatures, an ancient kind of middle-aged wax and impression with a ring – related to Jeremiah in the time of Sedekiah.

“We found a few [seal impressions] of biblical people – first and last names – that no biblical “deniers”, if you want to call it, would deny that these people are the same people as the people of the bible.

A fascinating find was a seal impression that belonged to King Hezekiah.

“‘King Hezekiah, son of Ahaz, king of Judah’ That’s what he says,” Nagtegaal explained. “And it was found, in archaeological terms, in the right context. So we’ve dug all these layers over the past 2700 years. We come to a layer that dates from the time of King Hezekiah, and it is within this layer that we find the signature of King Hezekiah. And so the dating fits him perfectly.

Nagtegaal also explained the limits of archeology and what it can do.

“You’re limited in what archeology can do because, again, you’re scratching up layers. And what remains today was not there then. But of course, a city is huge and you only discover a very small part of this city of old. However, there is nothing we have found in Jerusalem in our excavations in 50 years that disproves anything in the Bible.

All of the Armstrong Institute excavations are in Jerusalem, and Nagtegaal said they repeatedly find finds that match the biblical text.

The Institute sponsors archaeological digs throughout the city of Jerusalem, including the excavation of the area under the ancient southern wall of the Temple Mount and near the al-Aqsa Mosque, just north of the ancient City of David. Historians believe it to be the ancient royal acropolis of biblical Jerusalem, where kings, priests and prophets are said to have lived and worked. They also uncovered large city walls and constructions from King Solomon’s period, including a gatehouse from that period and an entrance to biblical Jerusalem.

The Armstrong Institute’s most recent excavations were completed over the summer in partnership with Professor Uzi Avner, director of the Hebrew University Institute of Archeology. Avner has been digging in the Galilee region for twenty years, but his first dig in Jerusalem yielded an important discovery.

“At the time of this excavation, we were in the period of Jesus, 2000 years ago,” Nagtegaal said, “and we discovered the destruction layer of Jerusalem in 70 AD… when Jerusalem was destroyed by the Romans, culminating in the Great Revolt.”

Inside this layer of destruction they found “revolt” pieces, specifically from the fourth and final year of the Jewish rebellion against the Romans.

“Finding a coin that was minted in the same year that Jerusalem was destroyed – inside the destruction of Jerusalem – for us was amazing.”

Nagtegaal began digging in Jerusalem as a student volunteer in 2006, finding everything from shards of pots and pieces of glass to bits of metal arrowheads from Babylonian attacks and even seal impressions that have not yet been identified with a specific name.

Nagtegaal explained that the excavations they carry out are incredibly scientific. Finds are only considered credible if each is carefully documented, including which layer it was found in.

“It places extreme constraints on those who dig to dig under a certain protocol, to ensure that someone else can read your publications of the findings and prove, themselves, from what you publish, that what you found is in the correct layer. This is what is most important. It’s not just about what you find, it’s also about dating what you find.

“And so this process is so laborious,” he continued. Archaeologists have a lot of ideas that it’s similar to Indiana Jones or things like that. We had Indiana Jones moments. Most of the time he digs into the dirt, painfully recording everything…”

“However,” he added, “digging into ancient Jerusalem, I think it carries with it a vision and a value that helps you get through these difficult days.” 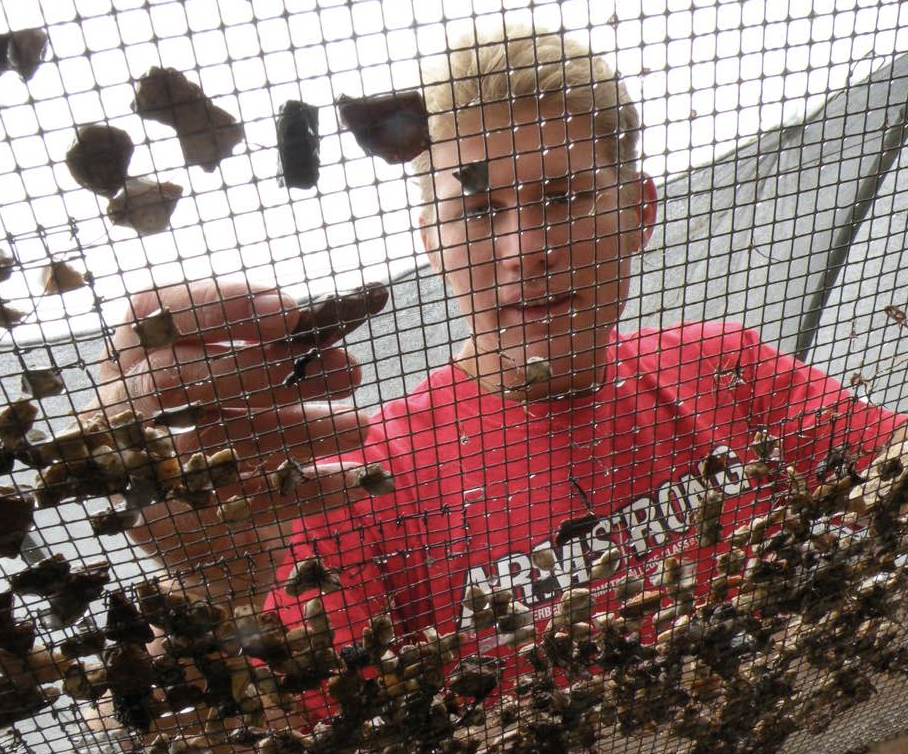 During the interview, Nagtegaal described a relatively new archaeological method over the past 15 years; the sieving process of the excavated material. Using this new spraying method, the team spotted two seal footprints just below David’s palace in 2007.

“Through this process of sieving and wet sieving, we found another 100. What we’ve seen over the last ten years, I would say, is an explosion of small finds; those tiny discoveries that archaeologists, over the past 100 years, have missed. And so we basically capture absolutely every bit of information from the dirt. And now all of a sudden we have an influx of Bible personalities who have been found,” he said.

The institute also works with the Israel Antiquities Authority, which is responsible for collecting and preserving all artifacts that become the property of the State of Israel.

Herbert Armstrong, the institute’s namesake, was originally from Oklahoma and became interested in Jerusalem beginning in 1968.

At the time, excavations in Israel were conducted by the Israeli historian, Professor Benjamin Mazar, considered a pioneer in this field. Mazar, director of Hebrew University and recognized as the “dean” of biblical archaeology, earned the first archeology degree in Israel in 1948. Armstrong has partnered with Mazar and Hebrew University, 50/ 50, to finance part of the work in Jerusalem. greatest excavations, a legacy the Armstrong Institute preserves to this day.

Armstrong Institute publishes a free print magazine called let the stone speak. The publication focuses on biblical archeology and history, highlighting biblical periods, as well as recent discoveries and current updates. In addition, the institute recently launched podcast lectures and interviews with scholars and archaeologists in Israel, who are available on YouTube.

For more information on the Armstrong Institute of Biblical Archeology, visit their website.