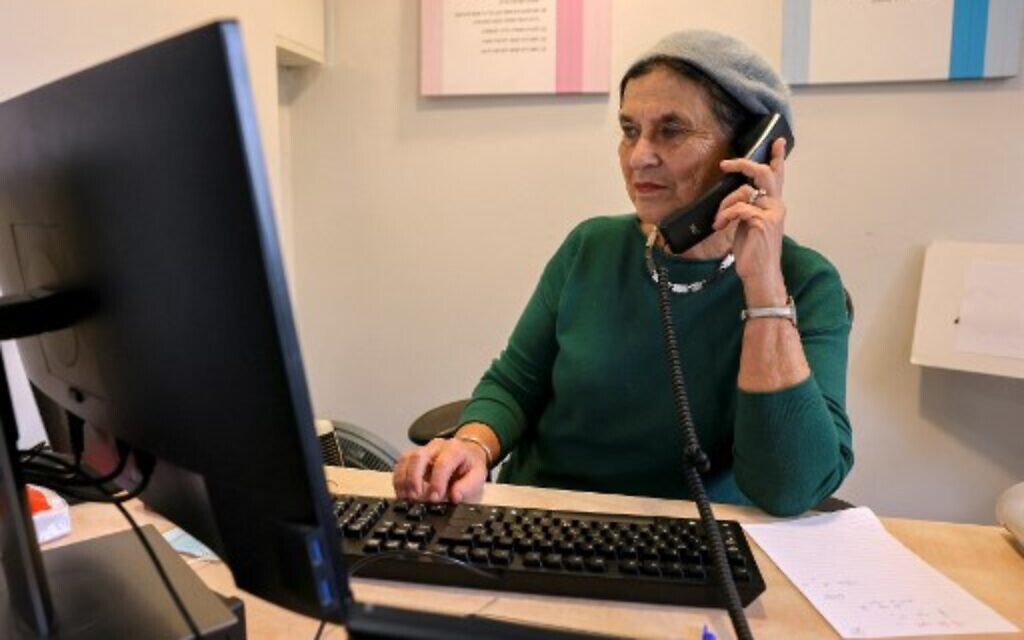 As sex abuse cases hit ultra-Orthodox community, some vow not to be silent anymore

AFP — After Israel’s ultra-Orthodox Jewish community was rocked by allegations of sexual abuse against several of its prominent figures in recent months, a call began to resonate in the deeply devout and introverted society.

“Lo Tishtok” – Hebrew for “Thou shalt not be silent” – is a growing phrase among ultra-Orthodox Jews, or Haredim, who are forced to heed allegations of serious crimes, including sexual abuse of children, against several of them. their cultural icons.

In December, prominent children’s author and rabbi Chaim Walder took his own life after the Haaretz newspaper published an article accusing him of sexually assaulting nearly two dozen people, including children – allegations he had denied.

Haaretz reported in March that Yehuda Meshi-Zahav, founder of the Zaka emergency response organization and winner of the Israel Prize – the country’s highest public honor – had sexually assaulted boys, girls and women.

Meshi-Zahav, who called the accusations “lies,” also tried to hang himself in April before new allegations of sexual misconduct surfaced on Channel 12.

An Israel Police spokesperson told AFP there was an open investigation into the allegations against Meshi-Zahav, but police did not comment on the status of an investigation. criminal charge against Walder at the time of his death.

Avigayil Heilbronn, who founded the “Lo Tishtok” organization which aims to support victims of Haredi sexual abuse, said the ultra-Orthodox community has been shaken.

The allegations against Walder marked an “extraordinary blow”, said the 33-year-old divorced mother, who describes herself as Modern Orthodox.

Books by ultra-Orthodox children’s author Chaim Walder seen on a shelf in the home of an ultra-Orthodox Jewish family in Jerusalem, December 31, 2021. (Yonatan Sindel/Flash90)

While a “cultural icon” like Walder can be a predator, Haredim have been forced to question whether they can “trust anyone”, Heilbronn told AFP.

I was a child

The ultra-Orthodox community makes up about 12% of Israel’s 9.3 million people.

The Haredim are not a homogeneous group, but each professes to live in strict accordance with Jewish law, often creating tension with mainstream Israeli society.

The most recent revelations of the misconduct emerged this month, when the Yediot Ahronot newspaper published allegations that a prominent ultra-Orthodox radio host assaulted three women, including a minor.

Adiel Bar Shaul, a 43-year-old ultra-Orthodox from the predominantly haredi town of Bnei Brak near Tel Aviv, recounted his experience of childhood abuse shortly after this report was published.

Shaul said he was raped several times when he was 10 by a close family acquaintance, who was also ultra-Orthodox.

The first rape took place when Shaul’s family welcomed their attacker on Shabbat, a sacred time of rest and worship for Haredim, he told AFP.

“He started giving me stickers. Then, in exchange, put my hand on his pants,” said Shaul, who was silent for most of his life before going public several years ago.

“I was a child. I didn’t understand… I was alone, extremely ashamed and feeling guilty,” said Shaul, who now works with victims of sexual assault.

“They are afraid of what the people and the neighbors of the school or the synagogue will say,” she told AFP.

When the center opened its crisis line three decades ago to help victims of domestic violence, sexual assault and rape, calls were relatively infrequent.

“Today we get about 500 calls a month,” Paris said — proof that the #MeToo movement was having an impact on religious communities in Israel. 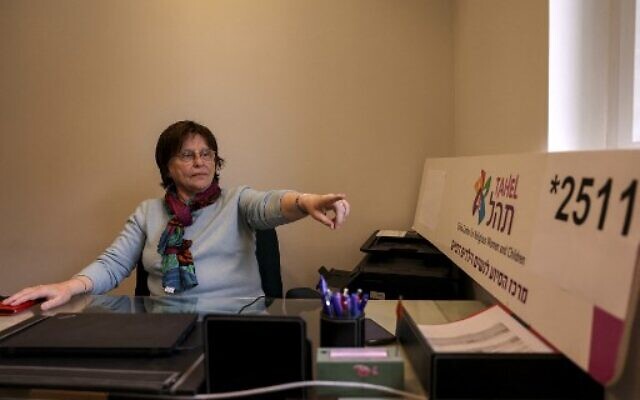 Josiane Paris, 73, volunteer at the Tahel Crisis Center for Religious Women and Children, pictured in Jerusalem on January 5, 2022. (Photo by AHMAD GHARABLI / AFP)

“We feel the distress. There are those who are angry, who cry… Our job is to support them, encourage them and seek solutions.

Israel’s Ashkenazi Chief Rabbi David Lau has come under scathing criticism for visiting the home where Walder’s relatives were grieving.

After the visit, Lau released a statement saying his “heart goes out to the victims” of sexual abuse.

But for Yair Ettinger, an expert on Haredim at the Israel Democracy Institute think tank and a journalist with the Kan public television channel, Israel’s rabbinical establishment “remains in denial”.

Haredim are part of “an idealistic society that struggles to look in the mirror,” Ettinger said. 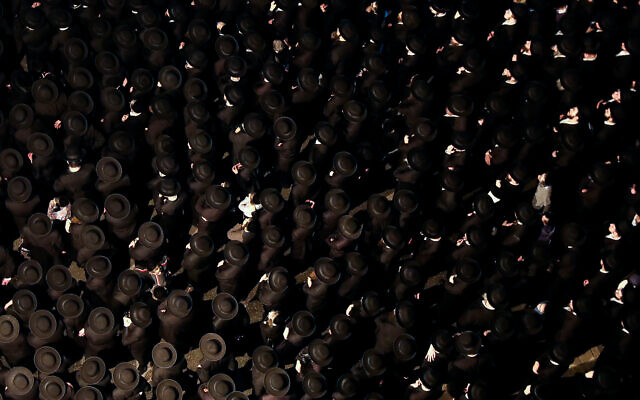 But there was now “a real awareness of the problem”, especially after several haredi celebrities were disgraced, he told AFP.

“The age of innocence is over,” he said.

Are you serious. We appreciate that!

That’s why we come to work every day – to provide discerning readers like you with unmissable coverage of Israel and the Jewish world.

For just $6 a month, you can help support our quality journalism while benefiting from The Times of Israel WITHOUT ADVERTISING, as well as access to exclusive content available only to members of the Times of Israel community.