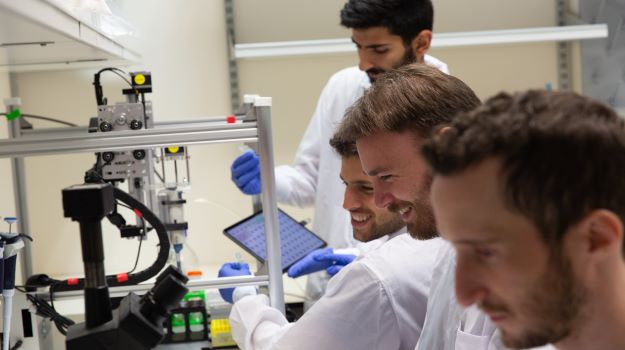 Beyond Animal Testing: How AI Increases the Chances of Drug Development

Quris AI has developed an alternative to testing in animal models, and each one is smaller than a pinhead.

The artificial intelligence (AI) and pharmaceutical company created the Bio-AI clinical prediction platformwhich is used to determine which drug candidates will work safely in the human body and for whom they will work best.

“Currently, drugs are developed and then tested on mice to determine their suitability for humans. Mice are terrible predictors,” said Dr. Isaac Bentwich, founder and CEO of Quris. BioSpace. “Of all the drug candidates that today have in vitro and live test and then enter clinical trials, 89% fail. It’s quite dramatic when you stop and think about it.

Biotechnology Innovation Organization (BIO) published a second report on clinical development success rates and contributing factors, analyzing 12,728 clinical and regulatory phase transitions of 9,704 development programs between 2011 and 2020. The analyzes revealed that the overall likelihood of candidate approval in development was only 7.9%.

Bentwich came up with a creative analogy on the matter, imagining a person who wanted to build a skyscraper and thus contacted the best architect and engineer available. “They would tell you, ‘You’ve come to the right place. We’re the best in the business. Here’s what we’re going to do: We’re going to plan 10 skyscrapers for you. We guarantee nine of them will come down. We don’t know which ones. As facetious as it sounds, that’s actually the economics of the pharmaceutical industry today.

Bentwich is a trained doctor and described his unique transition from school to industry. “I had just finished medical school and was having fun with computerized medical records and decision support systems. It has become a hobby. It was either that or pottery, actually. And what started as a sabbatical year from pursuing my medical career ended in a decade of work developing a highly successful electronic medical record. He launched three other companies related to AI, computer science, biology and medicine before founding Quris.

The company’s platform uses a combination of three pillars: stem cell technology, AI, and what they call patients on a chip. “There is technology used to create miniaturized human organs, a miniaturized liver, and a miniaturized brain. Each of these miniaturized organs measures a third of a millimeter, the size of the tip of a sewing needle. 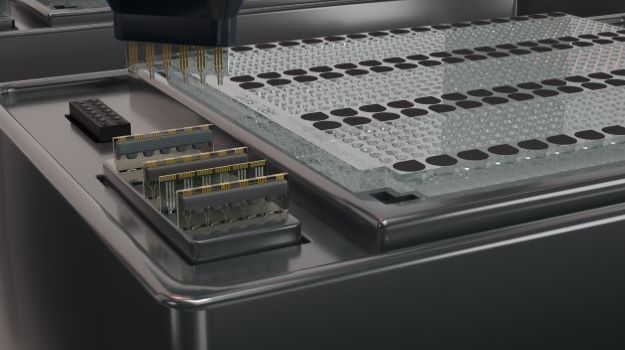 By testing thousands of drugs on Patients-on-a-Chip, AI has been trained to determine which are safe and which are toxic. When a new drug is exposed to the technology, the AI ​​can discern whether it is more like toxic drugs or safe drugs. Bentwich pointed out that “importantly, it not only gives a reading of the level of safety, but it shows who the drug is safe for. We can use this to see that drug X may be good for one individual but not for another.

“When we test the drug on our system, we actually let the liver metabolize it. It’s a tiny little liver in a tiny little well, but it’s still metabolizing the drug. It breaks it down into different chemicals in the same way as the real liver in the human body,” he described. “Only then does it cross the blood-brain barrier, which mimics its behavior exactly, allowing only certain molecules to enter the brain. Then it interacts with the miniaturized brain. The data collected on these interactions between organs are used to train the AI.

The Bio-AI approach is unique in that it does not just sort randomized available medical data, but is trained directly in response to known drugs being tested on Patients-on-a-Chip. Using more specific data, the platform generates informed predictions about drug safety and individualized patient suitability.

The company is developing its first drug for the treatment of Fragile X syndromea genetic condition that causes symptoms related to developmental delays and learning disabilities.

Bentwich said Quris chose to focus on the syndrome because it cannot be mimicked in an animal model, making drug development difficult. The company combined its Bio-AI platform with a discovery made by Professor Eyal Benvenisti of the Hebrew University of Jerusalem to begin developing the drug.

“The cool thing about the drug we’re developing is that if it’s successful, it will be the first time a drug has tried to cure the disease. From our early results, it actually appears to be treating the root cause of the disease, not just treating it symptomatically,” he said. The drug hopes to remedy the disruption of the fragile-X mental retardation protein (FMRP) production caused by a defective FMR1 gene in fragile X syndrome.

“Early studies showed that it actually seemed to reverse the inhibition of this faulty gene,” Bentwich explained. “If this is successful, we could be on to something that will impact the lives of many patients.” He said clinical trials will begin within the next 12 months.

Earlier this month, the U.S. House of Representatives passed a bill amend the Federal Food, Drug and Cosmetic Act. Alternatives to animal testing are now allowed to assess the effectiveness of a drug. Such non-clinical trials may include computer modeling, cell testing, organ microarrays, and other biology-based testing methods.

Bentwich said a revolution is underway and Quris is the center of it. “We believe that by using new on-chip patient combinations with powerful AI, we can replace outdated and ineffective mouse experiments, or at least reduce them.”

He pointed out that the technology can be used as a tool to speed up the drug development schedule. “A vaccine that typically takes 10 to 15 years to develop was developed in a year using cutting-edge technologies like Moderna’s with its COVID vaccine, and like Quris is now using in drug development.”

Bentwich sees a future of drugs tailored to individuals rather than the masses. “We are reducing the time it takes to develop a drug. We hope this will spark a revolution in drug development, developing drugs that are much faster, much cheaper, and more personalized.