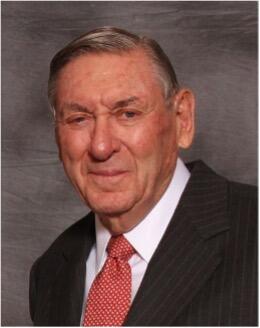 â€œLester Crown is one of the most revered corporate citizens across generations, states, industries and continents. He is a titan of the “greatest generation” of WWII business leaders. He has helped guide large companies and institutions through great transformations including: General Dynamics Corporation, Maytag, Alltel, The Aspen Institute, The Weizmann Institute of Science, Northwestern University, Ann & Robert H. Lure Children’s Hospital of Chicago, the Lyric Opera of Chicago, The Jerusalem Foundation and The Commercial Club of Chicago.

â€œLester is a unique force. Always a role model for me growing up in Chicago. He was generous to his city and the Jewish community. He was a power broker in a city of power. He transformed a building materials company into a global powerhouse by investing in General Dynamics. He passed the business on to his son Jim while keeping his hand day to day. He is quite simply America’s best as an entrepreneur, father, and philanthropist.

The theme of the summit is The Ins and Outs of Infrastructure: Go from here to there. A conversation with 60 mayors from medium to large cities will kick off the summit, followed by a lively and candid discussion with distinguished global business leaders from all sectors for the latest CEO summit held remotely on Zoom.