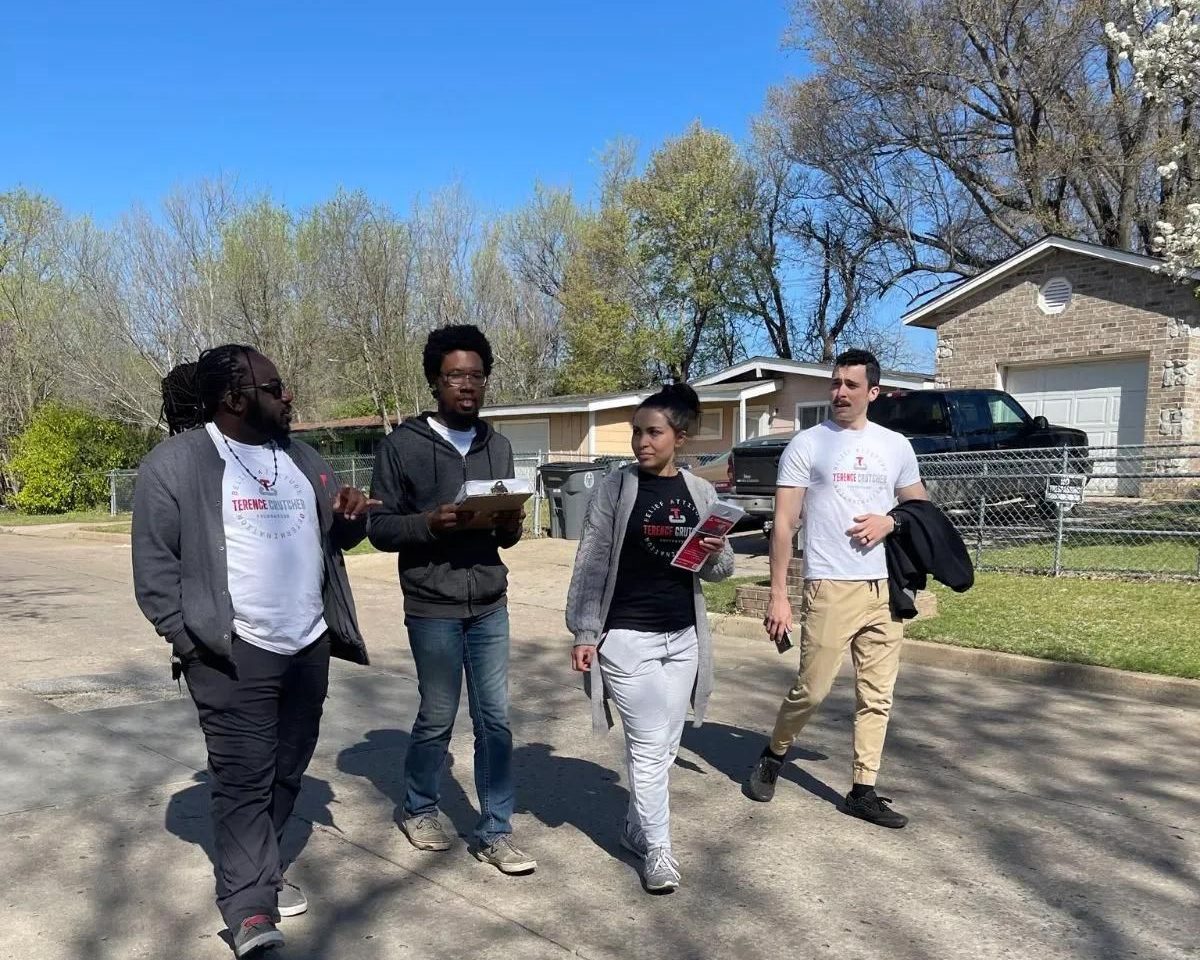 The Terence Crutcher Foundation is looking for volunteers to help the organization go door-to-door to educate voters about efforts to vote at their upcoming Community Walks event on Saturday, November 5. Starting at the New Jerusalem Baptist Church at 9 a.m., TCF organizers will provide volunteers with food, coffee and a free t-shirt before dispersing into the community.

In an effort to build community power, TCF community marches focus on listening to neighbors’ needs rather than asking them to vote for a specific candidate. Diamond Marshall, a TCF organizer, told the Black Wall Street Times that the foundation recognizes the need to energize Tulsans in a state with one of the worst voter turnouts in the nation.

“This upcoming November 5th march will be unique because we have recognized that Oklahoma is struggling with voter turnout, therefore, we are going out into the community to remind our neighbors when the election is, where and when they can vote and how the issues they care about most show up on their ballots on the 8th,” Marshall said.

Notably, Oklahoma is ranked 50 out of 51 (50 states and DC) for voter turnout in 2020, according to the US Federal Election Commission.

Even though the 2020 US presidential election saw the highest US voter turnout of the 21st century at 66.8% of the population, according to the US census, Oklahoma lagged behind. Only Texas had worse voter turnout.

Initiative born out of injustice drives North Tulsans to vote

Ultimately, Oklahoma faces a unique general election on Nov. 8 as recent polls show that the race between Republican incumbent Governor Kevin Stitt and Democratic challenger Joy Hofmeister is a draw for the first time in more than a decade.

Led by Executive Director, Dr. Tiffany Crutcher, The Terence Crutcher Foundation was born out of the tragic and unjust police assassination of his unarmed twin brother Terence in 2016. With her car broken down on a rural road, Betty Shelby, a former Tulsa Police Department officer who has sworn to protect and serve, instead fired bullets at the man while he had his arms in the air.

Despite a jury ruling in favor of the officer, they also stipulated that Shelby should never act as a police officer again. Without justice, the death of Terence and the passion of Dr. Tiffany Crutcher leadership opened a Pandora’s box of activism and organizing among black, brown and marginalized people. As a descendant of Black Wall Street survivors, Dr. Tiffany Crutcher leads a movement to reclaim power for the community.

The Terence Crutcher Foundation is looking for volunteers for community walks

While the organization has been advocating for the community since 2017, community marches began in October 2021.

“Walks are a crucial tool to ensure no one is left behind by focusing the listening. It’s very rare for someone to come to your door without asking, but The Terence Crutcher Foundation does just that,” Marshall said.

To register for the Saturday community walks, Click here.

To see where you need to vote, click here.