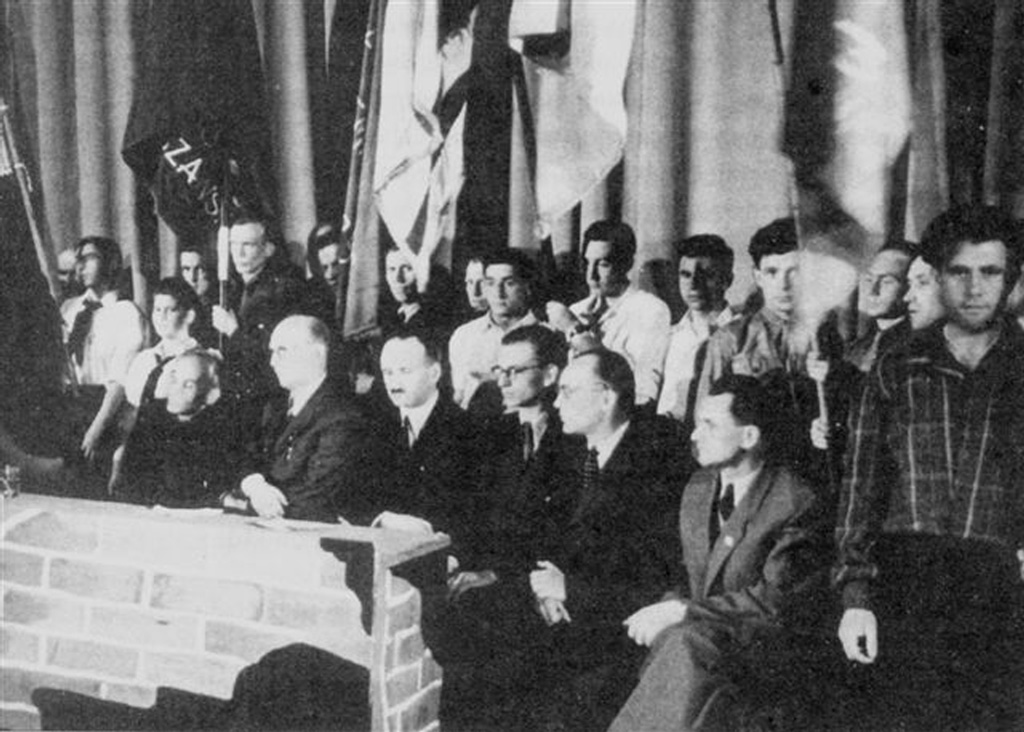 On December 4, 1942, the government delegation for Poland created the Council of Żegota to help the Jews. The political initiative for the centralization of these individual acts came in September 1942 from two women – Zofia Kossak, a writer and member of the Catholic Front for the Rebirth of Poland, and Wanda Krahelska-Filipowicz, who was linked to the centrist Democratic Party.

In 1942, when the Germans began mass ghetto liquidations, it became clear that this was in fact an extermination operation, with Jews being transported to death camps and killed there. Many Poles provided assistance to Jews, either individually or through dedicated institutions. However, there was no centralized effort to save them. When Nazi German occupation authorities began to liquidate the Warsaw Ghetto, Zofia Kossak-Szczucka published a leaflet titled Demonstration! who urged all Poles to immediately condemn Nazi atrocities. “We must not remain indifferent and passive in the face of such a tragic situation. Whoever remains silent in the face of murder becomes an accomplice of the murderer. He who does not condemn, tolerates, ”said its manifesto. The brochure was an eye opener for many Polish officials who took action. The Provisional Jewish Aid Committee was established and later renamed the Polish Jewish Aid Council.

His full codename was Konrad Żegota, a somewhat fictional character composed by Kossak-Szczucka, possibly inspired by character names from Part III by Adam Mickiewicz. Dziady (Veil of the ancestors). Before the founding of Żegota, information about the fate of the Jews was collected. From 1941 this had been carried out by the Jewish Section of the Information Department of the Information and Propaganda Bureau of the Home Army Command. Żegota brought together Polish right-wing and left-wing groups alongside Polish and Jewish social organizations.

The seat of the Council was in Warsaw but some branches of Żegota were established in Kraków, Lviv and Lublin. Żegota offered support which mostly took the form of financial aid, providing food, arranging hiding places, and arranging forged documents to get out of the ghettos. Its children’s section in Warsaw, run by Polish social worker Irena Sendlerowa, cared for 2,500 Jewish children, many of whom were placed with foster families or in Catholic convents. Żegota indeed cooperated with the Catholic Church whose priests provided the Jews with Christian baptismal certificates, which helped them to survive. The Jewish Aid Council also provided information about the extermination of the Jews to the underground press. The organization received financial assistance from the delegation of the Polish government in exile, Jewish organizations, the Bund and private donors. A total of 40,000–50,000 Jews received direct aid from Żegota.

Members of the Jewish Aid Council were honored on the Avenue of the Righteous at the Yad Vashem Institute in Jerusalem, where in 1963 Władysław Bartoszewski planted a tree for the Council. In Warsaw, the activities of the organization are commemorated by a Żegota monument, located opposite the Polin Museum of the History of Polish Jews. There is also a plaque on the wall of the building at 24 Żurawia Street, which once housed the seat of the Council.

If the content prepared by the Warsaw Institute team is useful to you, please support our actions. Individual donations are necessary to pursue our mission.