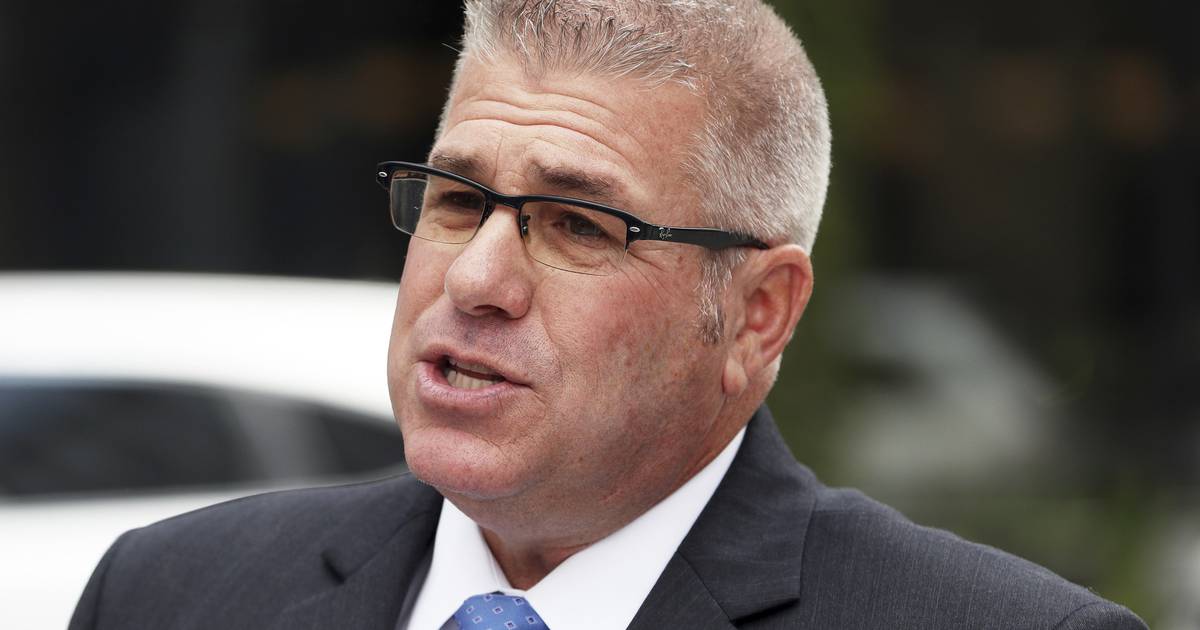 Republican gubernatorial candidate Darren Bailey created more controversy with the Jewish community in Illinois after a weekend visit to a Palestinian group where he spoke in front of a map that renamed Israel Palestine and said that he is reportedly considering seeking the repeal of a state law barring the public pension fund from investing in companies that boycott the Jewish state.

Bailey spoke to Palestinian American club Bridgeview on Saturday, where a map was displayed behind him describing the region of Israel as Palestine and labeling Jerusalem as its capital. Jerusalem is the capital of Israel.

Speaking to a Palestinian TV channel at the event, Bailey also questioned the constitutionality of legislation and laws aimed at blocking the boycott, divestment and sanctions movement against Israel, known as the BDS, Jewish publication The Algemeiner reported.

“I will always stand on the constitution,” Bailey said, according to the publication, “and it looks like some of those values ​​are being trampled on right now,” referring to Democratic Gov. JB Pritzker.

But it was under Pritzker’s predecessor, Republican Gov. Bruce Rauner, that a law was signed in 2015 prohibiting state employee pension funds from investing in companies that boycott Israel. The law passed without a dissenting vote in the Legislative Assembly three years before Bailey was elected to the General Assembly.

Asked by reporters on Tuesday about his appearance before the group, Bailey said, “I strongly support Israel. I always have and I always will. But I will listen to anyone who wants to come to the table and talk.

When asked if he would seek to repeal the anti-BDS law, Bailey told reporters, “It was a conversation I had with them earlier, and they told me it was unconstitutional. I said if it was, we’d take a look.

This is not the first time that Bailey, a state senator and wealthy farmer from southern Xenia state, has caused controversy within the Jewish community as he challenges Pritzker, who is Jewish.

Bailey said he saw no need to apologize for a 2017 Facebook video in which he said the lives lost in the Nazi Holocaust of World War II paled in comparison to the lives lost to of abortion. He said anonymous Jewish leaders told him, “I’m right.

Also at Tuesday’s press conference, held in the West Loop, Bailey again called Chicago a “hellhole” for its crime problems before falsely saying that “more people have been murdered in Chicago this year than New York and Los Angeles combined. .”

According to Chicago police statistics through Sunday, the department reported 479 homicides, while the Cook County Medical Examiner’s Office tallied 500 homicides, including several vigilante killings that CPD statistics don’t include. not. New York Police Department statistics show 299 people have been killed in New York through Sunday, while the Los Angeles Police Department through September 3 recorded 270 murders, for a combined total of at least 569 homicides in these two cities.

Despite his latest use of the “hell” tag, his campaign confirmed he was renting an apartment in Chicago, although they didn’t immediately say where.

“I want to immerse myself in the culture. You can’t deny there are problems here,” Bailey told reporters.

“This whole trip, I immersed myself in the culture of Illinois that I knew nothing about because I know I have to if we’re going to run this state and make it the great state and the great city, that it deserves to be.