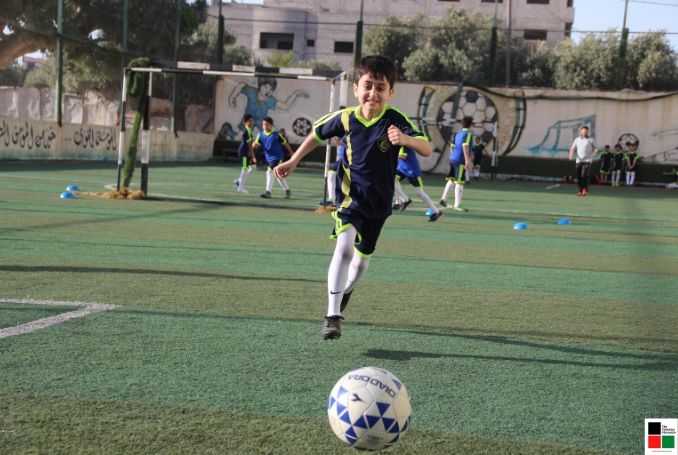 Dispersion of Palestinian sports: a stumbling block for sports development

The Palestinian sports movement is unique in the modern era because no other people has experienced disaster, displacement or dispersal like the Palestinians. In the years before 1948, this movement was marked by its opposition to Zionism, and in the decades that followed, it sought to emphasize Palestinian national identity, as well as its dispersion due to the dispersion of Palestinians in the Shitat (diaspora).

Edward Said wrote in The Question of Palestine:

“Behind every Palestinian there is a great general fact: that he once lived – and not so long ago – in a land of his own called Palestine, which is no longer his homeland.”

The Palestinians led a dignified life in their land. They had their own schools, associations, clubs, sports they practiced and sporting events they organized with their brothers in neighboring Arab countries. In 1948 there were some 65 sports clubs in Palestine; about 55 of them were members of the Palestinian (Arab) Sports Federation PSF which was established in 1931 and re-established in 1944.

Palestinian sport before the Nakba (1948 disaster) reached a reasonable level of growth, especially after the re-establishment of the PSF. Also, the 1930s and 1940s periods generated quite a number of footballers, boxers, wrestlers and weightlifters who competed with their counterparts from Arab countries, especially Egypt which, compared to other Arab countries, had athletic prestige. leading.

During the 1948 war, athletes, coaches and administrators were dispersed. Many have evacuated to the Gaza area and settled there. They have contributed greatly to the growth of the sport. The Palestinian delegation to the Pan Arab Games which began in 1953 was accompanied by Gaza administrators such as Subhi Farah, Zaki Khayyal, Elias Manneh and others.

Additionally, the Palestinians brought their athletic skills and experience with them to Shataat. Sports like football became a symbol of childhood and home in the narrow alleys of the refugee camps, despite the hardships Palestinians faced.

The main obstacle to Palestinian sport has been and still is the absence of an independent state. For any athletic movement to be successful, independence and stability are essential. The Palestinian sports movement was experiencing dispersion and divergence at a time when most movements in the Arab and international world were experiencing stability. The Oslo Accord also has its negative consequences in this respect.

In 1969, the PLO decreed the creation of the Supreme Council for the Protection of Youth in Jordan, then it was transferred to Lebanon. The name was changed in 1974 to Supreme Council of Youth and Sports SCYS. Later, SCYS coordinated with its branches in Syria, Iraq, Kuwait and Saudi Arabia.

In 1974, Palestinians in Syria decided to form the Palestinian Sports Federation to avoid the complexity of coordination. Palestinian sports leaders in Syria probably wanted some autonomy in the management and organization of their sports activities.

The Palestinian sports movement dispersed in several ways: first, its center of gravity shifted from Jaffa to Gaza (1948-1967), to Jordan, to Lebanon, to Damascus, to Tunisia, to Gaza (after the formation of Palestinian Authority), ending in Ramallah. Consequently, the headquarters of this movement has moved eight times in six decades.

Second, the dispersion of the seats of sports federations. As an example, the headquarters of the handball federation was in Kuwait until 1979 when it was dissolved and moved to Syria, then it was moved back to Kuwait with a new governing board. According to the executive office of the Supreme Council for Youth and Sports in 1978, the Basketball Association was established by Dr. George Rishmawi, Honorary President, with Gaza as its center and then moved to Damascus under the leadership of Farouk Othman (Syria).

Despite the dispersion, Palestinian sport, before the Oslo accords, was more democratic and integrated than today. The PLO brought all Palestinians and their sports movement into its fold, while the Oslo Accord weakened the ties between Palestinians, widened the distance between them. Palestinian refugees, especially those displaced in 1948, felt marginalized on many levels, including sports.
By concentrating all activities (including sports) on the West Bank, the Palestine Liberation Organization declined and was replaced by the Palestinian Authority.

By comparing the situations before and after the Oslo accords, one can easily see the widening gap between Gaza and the West Bank due to the barriers erected by the occupation. Many players from Gaza have been denied permission to travel across Israel and the West Bank to play in a local league final against rival Palestinian clubs and to be part of the Palestinian flagship team.

The West Bank has been torn apart because of settlements, checkpoints and the separation wall. This created a new burden for administrators and athletes. It used to take around 20-25 minutes to get from Ramallah to Bethlehem to watch a game, but now it takes around an hour.

Moreover, the isolation of Jerusalem was a major concern, since Israeli policy aims to Judaize it and change its Arab characteristics. Israel has put pressure on its clubs, its sporting events, the movement of players to and from the West Bank, and on the coordination of its clubs with West Bank sports federations and institutions.

– Issam Khalidi is an independent scholar, is the author of History of Sports in Palestine 1900-1948 (in Arabic), One Hundred Years of Football in Palestine (in Arabic and English), co-edited Football in the Middle East, as well as sports-themed articles and essays included at