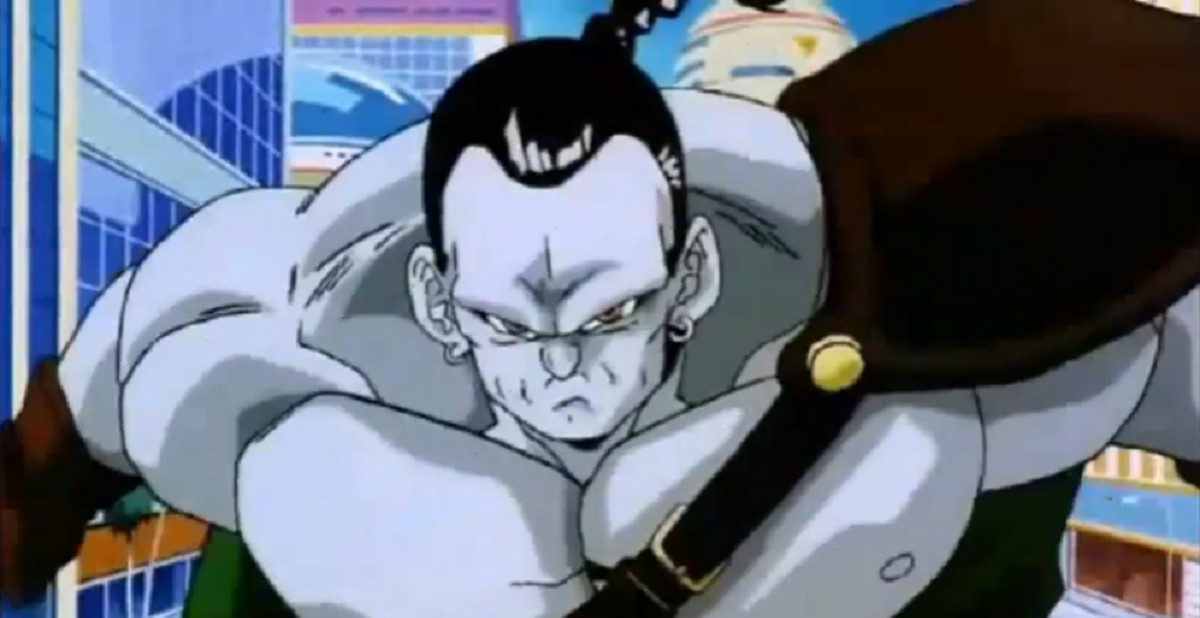 Throughout the history of Z-Fighters in Akira Toriyama dragonball franchise, Goku and his friends have battled demons, aliens, and deities, but the next film in the franchise will have them battling familiar foes in androids created by the Red Ribbon Army. While Super hero has been delayed indefinitely due to hacking of Toei Animation, the artist behind Dragon Ball Super took the opportunity to bring back one of the lesser known androids from the past of Dragon Ball Z

Android 14 is a bit of a mystery, having been introduced in the seventh film of the Dragon Ball Z series, Dragon Ball Z: Super Android 13. In the movie continuity, Dr. Gero’s death sparked three new androids in Androids 13-15, all focusing their revenge on Goku and the Z-Fighters. While 14 was mostly silent, he definitely let his fists do the talking as he mostly found himself battling Goku and Future Trunks, but was eventually cut in half by Vegeta’s son from a alternate timeline. The machinery that remained of his lifeless body was later absorbed by Android 13, creating said film’s titular villain.

The official Dragon Ball website has shared this new artwork of Toyotaro, who often takes the opportunity to submit a new sketch to the website on a monthly basis outside of his usual heavy lifting duties when he’s on the go. is about Dragon Ball Super manga, which currently tells the story of Granolah and the Heeters:

Dragon Ball Super: Super heroes has been delayed indefinitely following the latest hacking attack to hit Toei Animation, which has caused major delays for other properties under the studio’s umbrella, such as One Piece and Digimon. While a new date has yet to be revealed, fans continue to speculate if the new film which focuses on Gohan and Piccolo will bring back any familiar faces created by Dr. Gero. While many fans aren’t betting money on the idea of ​​14 returning to the franchise, there are plenty who are certain that Cell could make a comeback.

Which Android is your favorite Dragon Ball’s the story? Feel free to let us know in the comments or hit me up directly on Twitter @EVComedy to talk all things comics, anime and the world of dragonball.