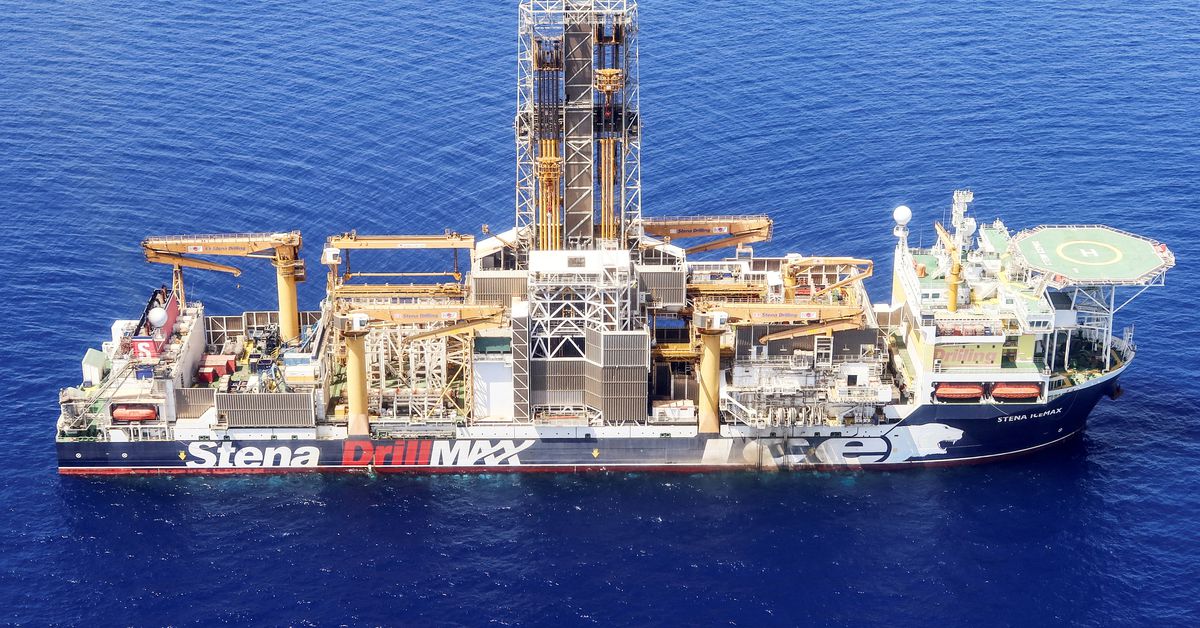 London-based Energean’s drillship begins drilling in the Karish natural gas field off Israel in the eastern Mediterranean May 9, 2022. REUTERS/Ari Rabinovitch

BEIRUT/JERUSALEM, June 6 (Reuters) – A dispute between Israel and Lebanon over their maritime border has hampered energy exploration in the eastern Mediterranean and risks heightening tensions between two foes.

After months of stalemate in US-mediated talks, Beirut on Sunday warned against any activity in the disputed area, reacting to the arrival of a ship to develop a field for Israel. Read more

Lebanon said the field in question, Karish, was in disputed waters. Israel denies it. L1N2XT0JY

Here’s what you need to know about deadlock:

WHAT IS AT STAKE?

Both Lebanon and Israel are located in the Levant Basin, where a number of large undersea gas fields have been discovered since 2009. Israel already produces and exports gas.

But while Israel has made progress, Lebanese hopes of producing energy have been crippled by political paralysis.

Lebanon’s one and only drilling attempt – an exploration well in 2020 – found traces of gas but no reservoirs, according to France’s Total, which is part of a consortium with Italy’s ENI and Russia’s Novatek which obtained Lebanon’s first offshore oil and gas license in 2018.

A gas discovery would be a major boon for Lebanon, which has been mired in the financial crisis since 2019. Eventually, such a discovery could resolve Lebanon’s longstanding inability to produce adequate electricity for its population.

Israeli officials have previously said they hope negotiations will take little time and that a deal will bolster the economies of both countries.

But while an agreement could allow both sides to benefit, the issue could risk becoming a conflict if left unresolved.

Lebanon is home to the heavily armed, Iranian-backed Hezbollah, which has fought numerous wars with Israel and has previously warned Israel against drilling in the disputed area. Read more

WHAT IS THE DISPUTE ABOUT?

Lebanon and Israel are at odds over the border separating their exclusive economic zones – an offshore area that a country can claim for resource extraction.

After the start of indirect negotiations in 2020, Lebanon expanded its claim. Israel then did the same.

Karish became part of the area Lebanon was contesting after Beirut expanded its claim, according to Laury Haytayan, a Lebanese oil and gas expert.

Lebanon said Karish was in the disputed area in a letter to the United Nations, the presidency said on Sunday.

Israel says the Karish field, discovered more than a decade ago, is in its exclusive economic zone. Israeli Energy Minister Karin Elharrar said the Lebanese narrative was “very far from reality”.

WHAT DOES HEZBOLLAH THINK?

Hezbollah has been a sworn enemy of Israel since its creation in 1982 by the Iranian Revolutionary Guards. The group said the talks are not a sign of restoring peace and threatening action if Israel violates the rights of the Lebanese.

But Hezbollah is more deeply involved than ever in Lebanese state affairs and wants to see Lebanon’s offshore energy resources expand. He did not stand in the way of indirect talks mediated by the United States and said he would agree to whatever the government agreed to.

IS THERE A RISK OF CONFLICT?

The last major war between Israel and Hezbollah in Lebanon dates back to 2006. The border area has remained largely calm since. Analysts believe both sides want to avoid another conflict.

But Hezbollah leader Sayyed Hassan Nasrallah said last year that Israel was wrong if it thought it could do as it pleased before a solution was found, and that the group would “act accordingly” when he would discover that Lebanese oil and gas are in danger.

Following the latest spat, Lebanon said it would invite a US envoy to resume negotiations to prevent any escalation and Israel’s defense minister said the matter was a civilian matter to be resolved through diplomatic channels. Read more