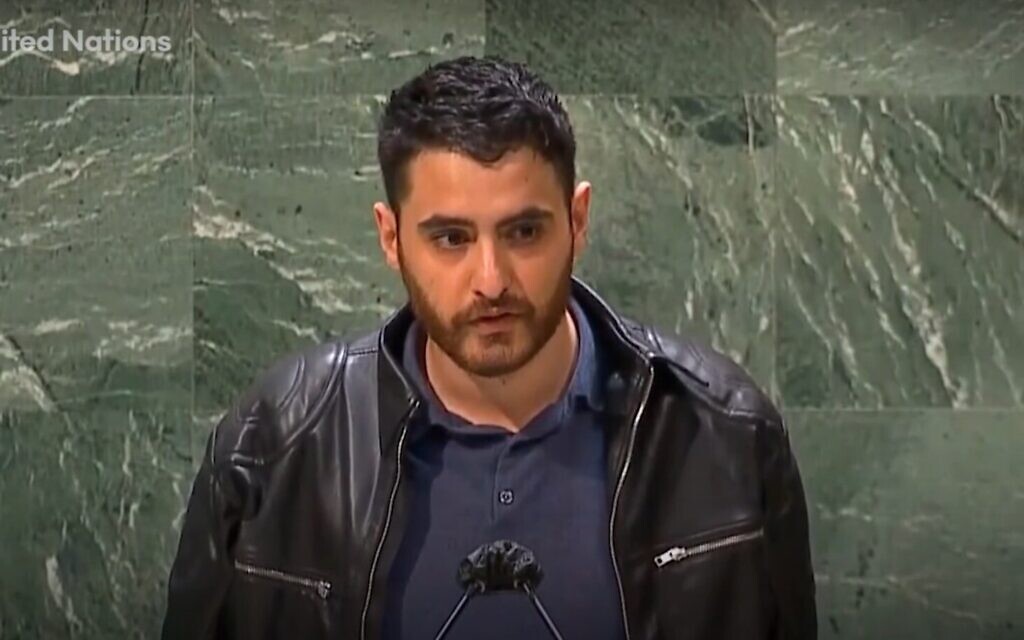 Germany’s state-run Goethe Institute banned a Palestinian poet and writer from speaking at a conference later this month over his past comments about Israel, after which other attendees withdrew in protest.

Muhammad Al-Kurd was scheduled to speak at a panel at the institute’s “Beyond the Lone Offender – Dynamics of the Global Right” summit, scheduled for June 23-26 in Hamburg. The gathering aims to examine “the impact of far-right movements and their global entanglements”.

The panel in question was to be moderated by artist Moshtari Hilal and essayist Sinthujan Varatharajah, both based in Berlin, who invited Al-Kurd as a speaker for a panel discussion titled “Selling Fascism? Remember unsold items.

On Friday, the institute released a statement on Twitter saying he canceled Al-Kurd’s participation.

“After consideration,” the institute decided that Al-Kurd “was not an appropriate speaker for this forum,” he said.

“In previous posts on social media, he had made several comments about Israel in a way that the Goethe Institute does not find acceptable, especially since the upcoming forum aims to discuss, among other things, the possibilities and ways to improve social discourse. the institute explained.

He noted that “the necessary internal coordination” only took place after Al-Kurd had already been programmed to speak.

In a joint statement posted on Varatharajah’s Twitter account, Hilal and Varatharajah wrote that they were withdrawing from the event and that “our cancellation is in response to attempts by the Goethe Institute to intervene in our curatorial decisions and, by this way, to impose a climate of anti-Palestinian censorship.

“The Goethe Institute’s veto against Al-Kurd calls into question the very purpose of this conference,” they said, and “added to a climate of anti-Palestinian racism.”

“This can in no way be condoned or supported by us,” they wrote.

They accused the institute of having “explicitly” decided that “the violence that affects Palestinians cannot be named and discussed in a program about the dynamics of the global right in Germany, thus devaluing Palestinian oppression as unworthy of discussion”.

Calling the Goethe Institute to be Germany’s “cultural embassy”, they noted that the German consulate ignored Al-Kurd’s requests to process a visa for his visit. Germany, they claimed, was adopting “a racist policy of stifling Palestinian dissent in the country”.

The institute said that “while we disagree with the reasoning behind their canceled participation, we regret and respect their decision.” He added that he had made an offer for further talks which had so far not been accepted.

Al-Kurd and his twin sister, Muna, from the Sheikh Jarrah neighborhood in East Jerusalem, earned a spot on Time magazine’s list of 100 most influential people of 2021 for their activism. They were both arrested in June 2021 on suspicion of taking part in riots in the powder keg district, but were later released.

Al-Kurd has been accused of deploying anti-Semitic tropes in his poetry and social media. He is the Palestinian correspondent for The Nation.

In January, he posted on Twitter, “To hell with Israel and to hell with the genocidal death cult that is Zionism.”

Fuck Israel and fuck the genocidal death cult that is Zionism

More recently, on June 3, after a 17-year-old Palestinian man was shot dead by the IDF during clashes near the security fence, he tweeted, “Zionism is death.”

Two days earlier, he commented on a claim that the BBC changed its own report to remove references to violence by right-wing Israelis, writing“Why do the rules of journalism bend to coddle defenders of Zionism and their delusional beliefs about the murderous and bloodthirsty regime of Israel?

He also posted anti-American messages, writing in August of last year: “The US military is a murderous and terrorist organization.

US President Joe Biden “is not a failure, he is a successful war criminal,” Al-Kurd wrote.

The next day, referring to American veterans, he wrote“May their PTSD never heal.”

Supporting The Times of Israel is not a transaction for an online service, like subscribing to Netflix. The ToI Community is for people like you who care about a common good: to ensure that balanced and responsible coverage of Israel continues to be freely available to millions of people around the world.

Of course, we’ll remove all ads from your page and you’ll have access to great community-only content. But your support gives you something deeper than that: the pride of joining something that really matters.

Join the Times of Israel community


We’re really glad you read X Articles from The Times of Israel over the past month.

Tyson will donate 5000 pounds. of protein to the community of Temperanceville