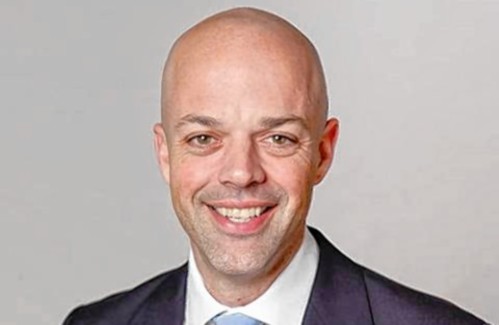 The series of lame informal Senate sessions may soon feature a farewell speech from Senator Adam Hinds, who will step down less than three months before the end of his final term to head the Edward M. Kennedy Institute for the United States. United. Senate.

Hinds, a Pittsfield Democrat and former United Nations negotiator, will begin a new role next week as CEO and executive director of the Boston-based organization that works to promote civil discourse, generate democratic engagement and educate the public about the US Senate.

The three-term senator mounted an unsuccessful bid for lieutenant governor, which ended when he failed to qualify for the primary ballot at the Democratic nominating convention in June. He was set to leave the Senate in January before the institute announced his hiring on Tuesday. The institute said Hinds plans to resign from the Senate on Sunday, September 25.

Hinds’ departure will reduce the Senate to 39 members for the final months of the 2021-2022 legislative term, and it will also create a vacancy at the top of the Revenue Committee, with the state government set to return nearly $3 billion to taxpayers and lawmakers preparing to revive a stalled economic development and tax relief bill.

Before being first elected to the Senate’s westernmost district in 2016, Hinds led the Northern Berkshire Community Coalition and Pittsfield Community Connection, and he was an aide to former Congressman John Olver. He spent nearly a decade working for the UN, where he focused on resolving territorial disputes in Baghdad, the march to peace in Jerusalem and the suppression of the chemical weapons program of the United Nations. Syria, according to the institute.

Senate Speaker Karen Spilka named Hinds co-chair of the revenue committee at the start of her second term. In 2019, she tasked him with leading a 21-member task force that would give the state’s tax code “a careful and comprehensive look.” This group held its meetings behind closed doors and never made its findings public, although Senate leaders often cited its work when discussing tax issues in the Legislative Assembly.

Hinds also led the Senate committee charged with examining and addressing structural issues exposed and exacerbated during the pandemic, such as the lack of funding for early learning and child care.

Hinds will become the institute’s first permanent leader since November 2019, succeeding interim executive director Sue Heilman. He said the focus will be on the Senate Project, a series of Oxford-style debates launched in May with the aim of promoting consensus building.

“I am deeply grateful to take on the role of CEO of the Kennedy Institute, especially as we reposition it for a national role tied to policy dialogue at this critical time, including through the Senate draft,” Hinds said. in a statement provided by the organization. “The Institute is also well positioned to expand its award-winning K-12 civics programs to reach young people in all 50 states. For 33 years as a native of Western Massachusetts, I was represented in Washington by Senator Kennedy, and I cannot begin to express what an honor it is to become a steward of his legacy and his commitment to energizing civil discourse and civic engagement for create a better and stronger country for all.

Former U.S. Senatorial Majority Leader Tom Daschle, who served in the Democratic caucus alongside Kennedy and is a member of the institute’s board, praised Hinds for “a unique combination of deep roots in public affairs of Massachusetts and experience in international diplomacy”.

“As the Kennedy Institute moves to a new level of national reach and impact in promoting a renewed search for bipartisan common ground in the Senate and stronger civic engagement among all Americans, the “Adam’s governmental, political and nonprofit experience here and abroad has made him an ideal candidate for CEO,” said Kennedy Institute Board Chairman Bruce Percelay. of the 160 applicants we reviewed, Adam stood out as being exceptionally qualified, connected, and committed to the mission of the Kennedy Institute.”