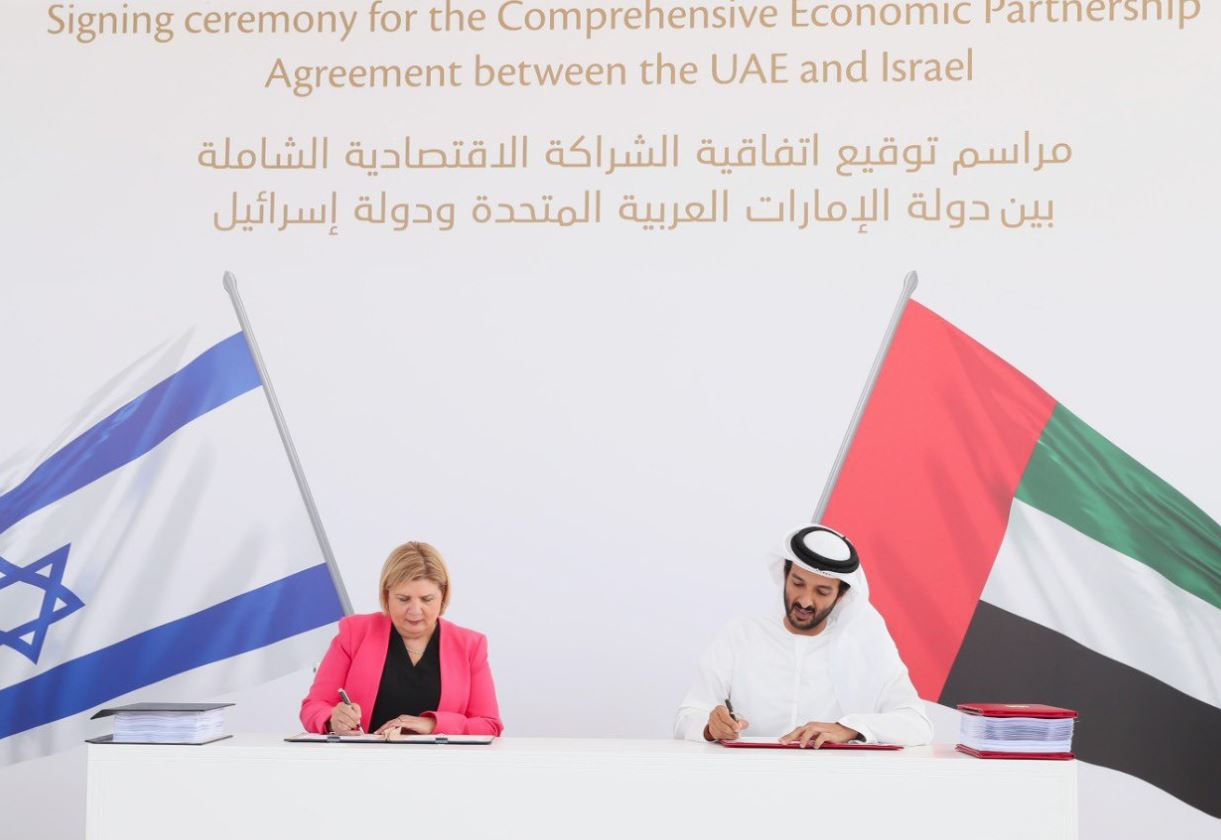 Dubai (Reuters): In a historic development, Israel on Tuesday signed a free trade agreement with the United Arab Emirates, its first major trade deal with an Arab state that reduces or eliminates tariffs and overtime targets, bringing the annual bilateral trade to more than 10 dollars. billion.

The pact was signed in Dubai by Israeli Economy and Industry Minister Orna Barbivai and her counterpart, UAE Economy Minister Abdulla bin Touq Al-Marri, after months of negotiations.

In a tweet, Israel’s Ambassador to the Emirates, Amir Hayek, wrote: “It’s done! responding to his earlier tweet in which he mentioned that the two countries would sign the free trade agreement within the next hour.

Mohamed Al Khaja, the UAE’s ambassador to Israel, also said the deal was an “unprecedented achievement”.

“Businesses from both countries will benefit from faster access to markets and reduced tariffs as our nations work together to increase trade, create jobs, promote new skills and deepen cooperation. Thank you, Ohad Cohen, for your efforts! he wrote.

#UAEIisraelCEPA is an unprecedented feat. Businesses from both countries will benefit from faster access to markets and reduced tariffs as our countries work together to increase trade, create jobs, promote new skills and deepen cooperation. Thank you Ohad Cohen for your efforts! pic.twitter.com/NIaLFp30L8

Tariffs will be eliminated on 96% of goods, with the UAE expecting the Comprehensive Economic Partnership Agreement to boost bilateral trade to more than $10 billion a year within five years.

It is relevant to mention the timing of the agreement, as it was signed amid escalating Israeli-Palestinian violence.

The United Arab Emirates’ Foreign Ministry on Monday condemned what it called a “storming” of the Al Aqsa Mosque in Jerusalem by “extremist settlers under the protection of Israeli forces”.

This seemed to refer to visits by thousands of Jews, who revere the site as a remnant of their two ancient temples, on the day that marked Israel’s capture of Jerusalem’s Old City in a 1967 war. Some of the visitors prayed and waved Israeli flags – which police say led to their withdrawal.

The Foreign Ministry, in the written statement, also called on “Israeli authorities to take responsibility for reducing escalation and ending all attacks and practices that lead to the continuation of tensions while stressing the need to exercise maximum restraint to avoid further instability”.

On the same day, invited media were informed that they could no longer attend the signing of the trade agreement. No reason was given for this sudden change.

Israeli Barbivai told Israel Radio on Tuesday that she had heard “nothing out of the ordinary” about Al Aqsa violence so far during her visit to the UAE.

The council predicts there will be nearly 1,000 Israeli companies working in or through the UAE by the end of the year and doing business with South Asia, the Far East and the Middle -East.

“The internal market is not the whole opportunity. The opportunity is really being set up in Dubai, as many companies have, to target the wider region,” Barak told Reuters by phone.
Emirati-Israeli trade reached $1.2 billion in 2021, according to official Israeli data.

Prior to the signing of the free trade agreement, Israel’s economy ministry said the deal would remove tariffs on food, agriculture, cosmetics, medical equipment and drugs.

“Together, we will remove barriers and promote global trade and new technologies, which will form a solid foundation for our common path, contribute to the well-being of citizens and facilitate business,” Israel’s Barbivai said Monday.

For the oil-rich United Arab Emirates, the agreement with Israel is its second bilateral free trade agreement after signing a similar agreement with India in February. It is in bilateral trade talks with several other countries, including Indonesia and South Korea.

The UAE has aggressively pursued these deals in a bid to bolster its economy and status as a major trading hub after the hit it has taken from the coronavirus pandemic.

Israel and the United Arab Emirates established ties in September 2020 under the US-brokered deal that broke with decades of Arab policy that had called for a Palestinian state before ties with Israel.