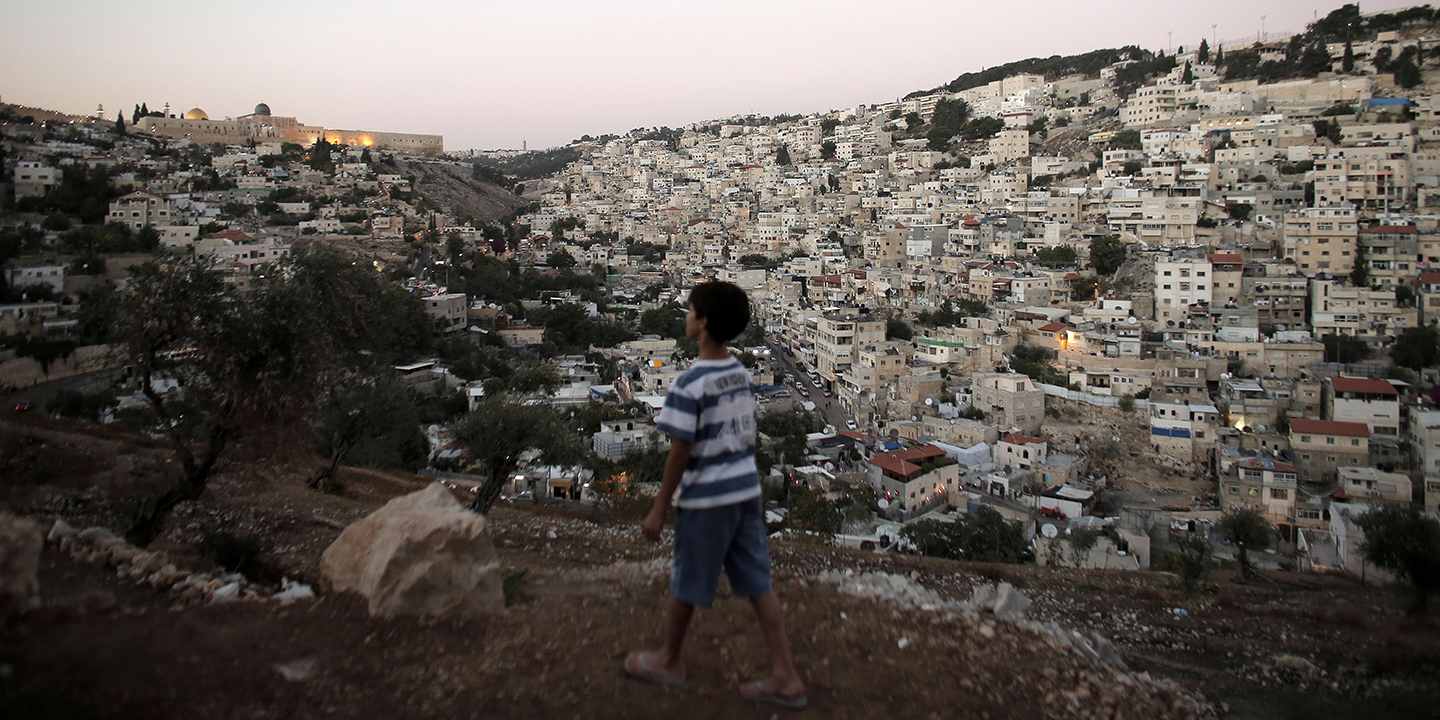 When Mohammad Shweki, 29, sleeps, he often dreams of bulldozers coming to destroy his house.

Shweki is a Palestinian baker who lives in the Silwan neighborhood of East Jerusalem. A predominantly Muslim suburb about half a mile south of Jerusalem’s Western Wall and walled Old City, Silwan has a population of around 50,000 and is more village-like than city-like with its dirt and gravel roads lined with of olive trees and its hills stacked with small brick houses. . Its necropolis is considered one of the oldest cemeteries in Israel, and the City of David, considered the urban center of ancient Jerusalem, is located in the Wadi Hilweh neighborhood of Silwan.

All of this has made Silwan a hotly contested property, the Israeli-Palestinian conflict in microcosm. Jews and Arabs say they were here first and both accuse the other of trying to rewrite history. Israelis and Palestinians in Jerusalem have few interactions that are not transactional, despite living side by side. Fear and distrust are part of everyday life. And several contested archaeological digs in East Jerusalem, backed by Israeli groups and opposed by Palestinians, along with an influx of Jewish settlers and a tourism boom, have heightened tensions in Silwan.

Israel seized control of East Jerusalem from Jordan in the 1967 Arab-Israeli war and annexed it in 1980. Palestinians, who view the eastern half of the city as the capital of a possible Palestinian state, called this decision an illegal occupation. The UN and most governments around the world agree. The United States, which moved its embassy to Jerusalem from Tel Aviv in 2017, is a notable exception.

This politics and this history are intensely personal for people like Shweki. He and other Palestinians from Silwan say Israeli authorities have long tried to illegally evict them from their land to make way for Israeli settlers and development. He says his family home, built in 1996, has been subject to various fines and fees from the Jerusalem Municipality. Shweki recently learned that her home was one of around 700 homes in Silwan that are set to be razed by the local government in the coming months.

Shweki says he doesn’t know where he and his eight family members will go when their house is destroyed. It’s a constant source of tension between him and his wife, he says.

“It’s a lot of pressure. You give all the money you have for food to pay for expenses,” Shweki told Newsweek in late May. “It’s a constant mental and economic pressure. It affects your personal relationships and relationships within the family. You lack basic things.”

The Jerusalem Municipality did not respond to requests for comment.
Most homes in East Jerusalem are built without permits on land that has been owned by a single family for many years. Few of these families have the modern papers that the Jerusalem municipality requires for the construction of a new house or the modification of an existing one. The government can retroactively legalize construction, but very few Palestinian families have managed to obtain such permits. According to the United Nations, at least a third of all Palestinian homes in East Jerusalem do not have building permits. Those who build without one can expect to be fined or have their homes seized and demolished.

Lawyers for Palestinian residents of East Jerusalem say what the authorities are really doing is driving out Palestinians to make way for Israeli settlers and tourists. Diana Buttu, a Haifa-based lawyer, says: “Israeli authorities are enacting laws and regulations declaring areas of East Jerusalem as green or open spaces, where construction is prohibited, while expropriating land for the construction of settlements…Lawyers end up spending a lot of time and a lot of energy, families spending a lot of money and a lot of heartbreak trying to fight the system. But in the end, the system is practically insurmountable.

“We paid a fine twice and hired a lawyer and an architect,” Hamza Moraya, 28, whose home is due to be demolished this summer, told Newsweek. “All the family members contributed to pay the fines. We spent money to get a permit in order to have permission to stay here. But in the end, they never gave us a permit.” So far, Moraya says he has paid around NIS 135,000, or about $38,000 in fines. The average gross annual salary in Jerusalem is around NIS 164,000, or $44,000, but many Palestinians earn less.

Meanwhile, around 4 million tourists visited Jerusalem in 2018, a huge number for a city of less than a million people. The government has an ambitious plan to attract an additional 4 million tourists by 2020 and is marketing the historic city as a tourist destination. But Jerusalem lacks hotel rooms and space to accommodate the desired influx of guests. In 2018, the government announced it would spend $13 million to excavate the City of David and another $54 million to connect the City of David to West Jerusalem via a cable car with the aim of developing tourism that “will reflect the national heritage of the Jewish community”. people.”

“In East Jerusalem, the government is drawing up ambitious plans to build tourist infrastructure in the Palestinian parts of the city,” reads a report published by Amnesty International this year titled Destination: Occupation. “Hundreds of Palestinian residents are threatened with forced eviction.”

Saleh Higazi, deputy regional director of Amnesty’s Middle East division, told Newsweek that US companies like TripAdvisor and AirBnB are profiting from the expansion.

“It is alarming to see online tourism and booking companies such as TripAdvisor, Booking.com, Expedia and AirBnB being part of this,” he says. “By listing and promoting settlements as destinations, including Silwan, these companies are benefiting from an illegal situation.”

TripAdvisor and Expedia both state that they are only in the business of providing information to travellers. “Our goal is to provide travelers with an apolitical, accurate, and helpful picture of all accommodations, restaurants, and attractions currently open for business around the world,” said TripAdvisor spokesperson Brian Hoyt. Booking.com did not respond to requests for comment. Airbnb declined to comment.

Currently, there appear to be few legal options for East Jerusalem Palestinians facing eviction. Nevertheless, none of those interviewed by Newsweek had any intention of leaving. Moraya, who says his house could be demolished any day, lives with fifteen members of his family in a house built in 1998. His uncle’s house across the street has already been demolished .

“When our house is demolished, we will sleep in tents,” he says.