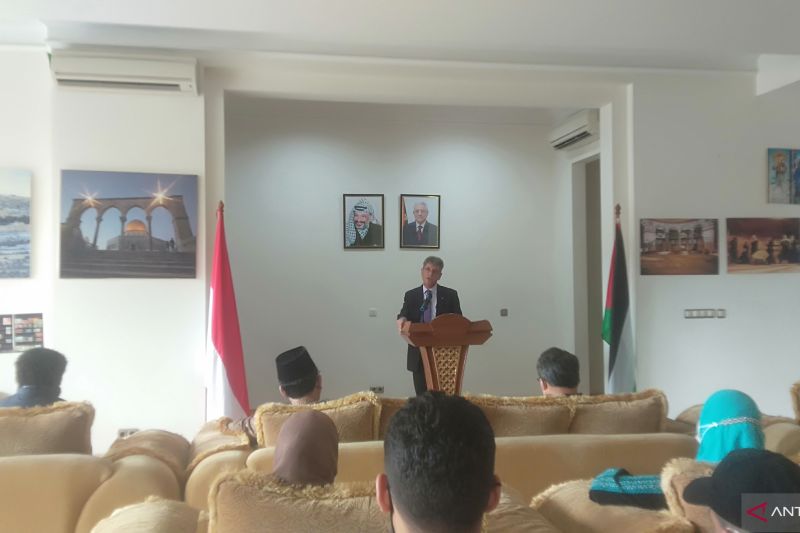 Jakarta (ANTARA) – Palestine called on the international community to firmly defend the Palestinian people against attacks and crimes committed by Jewish settlers.

“We call on the international community to stand firm to protect the Palestinian people of the occupying Power from the Palestinians, their property and land, as well as Palestinian prisoners held without legal protection,” said Palestinian Ambassador to Indonesia Zuhair Al Shun on the 57th birthday. of the Palestinian National Liberation Movement in Jakarta on Monday.

The Ambassador noted that Palestine also called on countries which had not recognized the independence of the State of Palestine to immediately recognize its sovereignty as an independent state, with Jerusalem as its capital, considered the rights of the Palestinian struggle for liberation.

“I reaffirm that the Palestinian people will remain in their own land, striving for freedom, independence and sovereignty over their land, and establish an independent Palestinian state, with Jerusalem as its capital,” said Al Shun.

Related News: NAM Countries Must Support Palestine Independence (DPR Speaker)
The Ambassador noted that Palestine also praised the Republic of Indonesia, its people and its government, for the strong support that has not stopped and will never stop for the Palestinian people. .

“On behalf of the Embassy of the State of Palestine, we send you our warm greetings and our great appreciation for your presence on the occasion of the 57th anniversary of the Palestinian National Liberation Movement,” the Ambassador said.

Foreign Minister Retno LP Marsudi previously stressed that Indonesia will continue to support the Palestinian people in the struggle for justice and freedom.

Faizasyah’s statement came in response to Israeli media reports that US Secretary of State Antony Blinken wanted to normalize relations between Indonesia and Israel.

“The subject of Israel was raised by Secretary of State Blinken during a meeting with the Indonesian Foreign Minister during a visit to Jakarta,” Faizasyah noted.