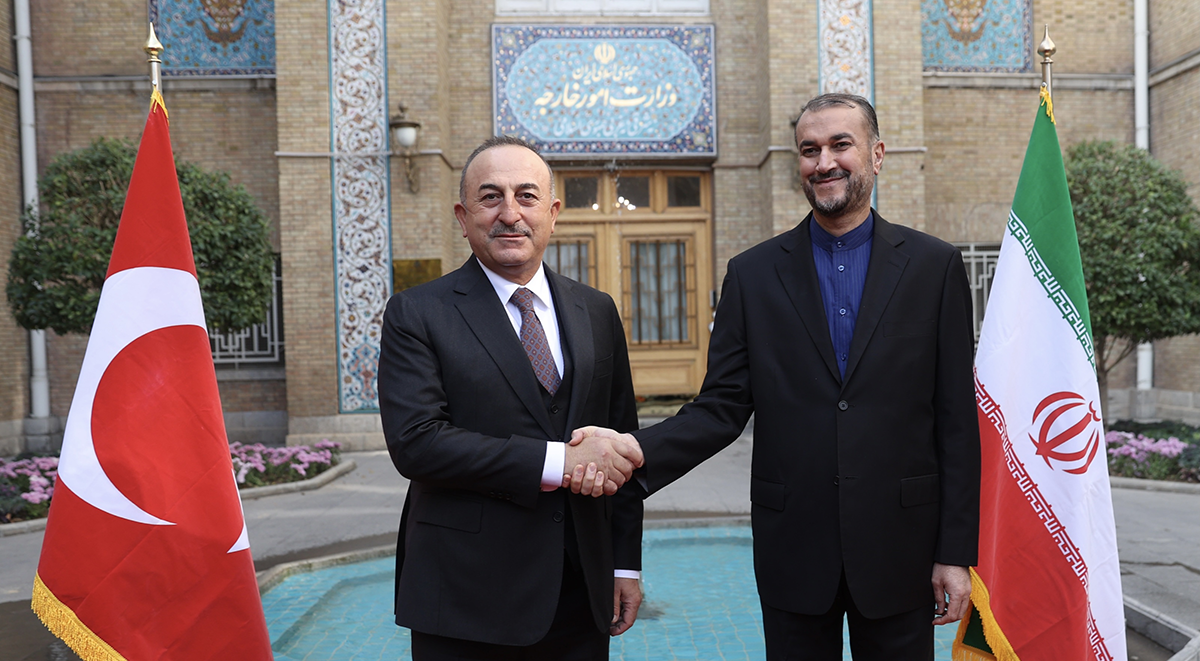 Since the end of September 2021, when Iran-Azerbaijan relations hit a low point, Tehran and Baku have embarked on a process of de-escalation. Much of the focus is on expanding economic cooperation and advancing plans to establish pan-regional transport links, such as the North-South rail corridor linking India to Russia via Iran and Azerbaijan.

Such efforts should be welcomed and encouraged as improving the collective economic well-being of the South Caucasus region benefits all states in the region. That said, underlying geopolitical tensions are always a factor and can derail attempts at economic integration at any time. In this context, the Iranian-Turkish competition for influence in the South Caucasus is the most pressing problem to be managed.

From Tehran’s perspective, Azerbaijan’s victory in the 2020 war against Armenia could not have been achieved without Turkish and Israeli support and Russia’s inability to prevent Armenia’s defeat . In this Iranian reading, Baku is emboldened and considers “its military-diplomatic action strategy [as] justified. This includes his decision to choose Turkey and Israel as his main foreign partners.

From Tehran’s perspective, this sense of political justification in Baku presents its own challenges. Israel is, after all, Iran’s main regional rival. Since the mid-1990s, the Iranians have had to engage in a delicate balancing act not to let the close military-security cooperation between Baku and Jerusalem undermine Tehran’s preference for maintaining cordial relations with Azerbaijan. .

However, it is Iranian concerns over Turkish plans to expand its influence in Azerbaijan and the wider South Caucasus that could spark new tensions and open a new chapter in the region’s history. In short, Tehran fears that Ankara’s strategy to cement relations with Baku is a policy that relies heavily on a pan-Turkish message that aims to capitalize on the shared language, history and culture of Turkish speakers who live in a vast region from Turkey through northern Iran to the Caucasus and Central Asia and as far as China.

It is precisely pan-Turkism that worries Iranians the most. Meanwhile, Russia, which has its own sizeable Turkish minorities and shares Iran’s fears of Pan-Turkism, has a weakened hand in the region thanks to its invasion of Ukraine and the negative ramifications this has had on Moscow’s ability to continue to play its historic role. as an eminence in the South Caucasus.

There are no official data but about 20% of the Iranian population 85 million people are ethnic Azerbaijanis. This is a community deeply embedded in the fabric of the Iranian nation, and there are no signs of large-scale secessionist tendencies. Nonetheless, Tehran officials and analysts remain acutely sensitive to this issue, and in particular to any Turkish aspiration to incite Azerbaijanis in Iran to any upsurge in Iranian-Turkish tensions.

In this line of thinking, the argument often heard from Iranian officials is that the Turkish-Azerbaijani agreement to use the pan-Turkish map against Iran is fully supported by Israel. Tehran’s accusation against Baku is that it provides “safe havens” for ethnic Azerbaijani secessionists from Iran, a charge President Ilham Aliyev has flatly denied. Be that as it may, with Russia consumed by its war in Ukraine, some in Tehran expect Ankara and Baku to expand their support for pan-Turkism, which will invariably put them on a collision course with Tehran.

Iran, Turkey and the race for transit

This Iranian-Turkish competition in the South Caucasus also has economic dimensions. Iranian officials have long maintained that the country’s central location allows it to serve as a land bridge for transit routes linking West Asia with Europe and East Asia. This is a reality that no one can deny if you look at the map. What also cannot be denied is that the United States and Israel have opposed and continue to oppose Iran’s involvement in pan-regional projects that will benefit it economically.

In return, Tehran has done next to nothing to seek ways to reduce such opposition, as that would require reorienting its overall foreign policy and reducing tensions with the United States and Israel. Instead, Tehran has focused on countries, like Turkey, that seek to take advantage of Iran’s inability to function as a regional hub for trade and transit.

While the Iranians recognize their shortcomings, they have been slow to act to rectify the situation. This lack of momentum is something Tehran should already regret when you see how quickly Turkey is moving to become the regional transit hub for all of West Asia, including the South Caucasus and the Central Asia. As a result, Turkey’s recent efforts, including the unveiling of plans to link up with Central Asia via the Caspian Sea, are seen as a direct challenge to Iranian interests.

Take for example Turkey’s “East-West-Middle Trans-Caspian Corridor Initiative”, which Ankara also calls “the Middle Corridor”. This connects Turkey to the Caucasus via Georgia and Azerbaijan, then via a maritime link crosses the Caspian Sea to Central Asia and China. Turkish marketing calls this a “revival” of the Silk Road, which is a lie since the historic Silk Road passed through what is now Iran.

A subcomponent of these Turkish efforts is the “Turkey-Georgia-Azerbaijan-Turkmenistan-Afghanistan Transit Corridor Agreement”, also known as the “Lapis Lazuli Agreement”. Again, the net loser in the development of a route linking Central Asia and Afghanistan to the Black Sea and the Mediterranean is Iran, which will be excluded from a potentially important regional transit network. It will also jeopardize Iran’s trade relations with Afghanistan and Central Asian states, as more trade flows will mean more competition for the same export markets that Tehran currently depends on.

Despite these realities, Iran is still slow to act. In Tehran, the relevant regional trade and transit policy bureaucracy needs to be overhauled and streamlined. In one case in October 2021, when two Pakistani trucks carrying goods transited through Iran to Turkey, they faces considerable bureaucratic delays at the border — delays that were only resolved after mediation by senior customs officials in Tehran. The incident exposed a broken system that is not attractive for large-scale international trade. Iran must also sign bilateral and multilateral transit agreements with its neighbors and beyond to become a main transit route.

In short, Iran and Turkey are currently engaged in a subtle but deeper competition for influence in the South Caucasus, including in the area of ​​possible new transit projects. The Iranians know that the lifting of sanctions is essential to their ability to become a regional transit hub. It is a source of income that Iran would appreciate. The revenue from each ton of goods passing through Iran is apparently the same like that of each barrel of oil exported.

But Tehran’s predicament is greater than its inability to turn its geography into a source of revenue by becoming a transit hub. Despite recent efforts by Baku and Tehran to focus on mutually beneficial economic cooperation where possible, broader political dialogue is needed. Above all, Iran must do more to promote the constructive role it can play as a mediator between Azerbaijan and Armenia.

There is no doubt that Tehran was caught off guard by the 44-day war between Armenia and Azerbaijan at the end of 2020 for control of the disputed territory of Nagorno-Karabakh. Iranians were also shocked by the extent of Turkish and Israeli involvement during the fighting and in the aftermath of the Moscow-brokered ceasefire but where Ankara was – unlike Tehran – a party to the negotiations.

Like former Iranian Foreign Minister Javad Zarif Put the in January 2021, Tehran’s intention is to seek different ways in which countries in the region can “work together to help the Nagorno-Karabakh crisis [to come to an end] and [improve] the situation of peace and stability. This is what the Iranians and Turks have called the “union of six” between Armenia, Azerbaijan, Georgia, Iran, Russia and Turkey. Only time will tell if Iran can recover the lost ground in the South Caucasus, but there is no doubt in Tehran today that Iran has neglected too much the region’s importance for its geostrategic and economic interests.

Alex Vatanka is director of the Iran program at the MEI and principal researcher at the Frontière Europe Initiative. His most recent book is The Battle of the Ayatollahs in Iran: The United States, Foreign Policy and Political Rivalry Since 1979. You can follow him on Twitter @AlexVatanka. The opinions expressed in this article are his own.

Phoenix inflation is the highest in the United States, according to the Common Sense…