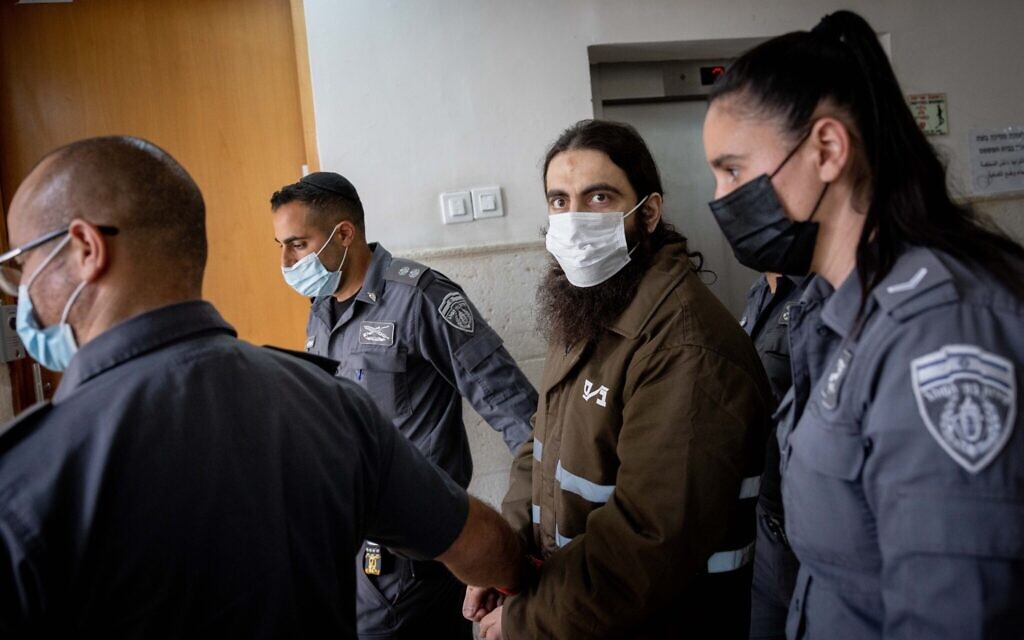 An Islamic State supporter was charged on Monday for the murders of three Jerusalem residents and the attempted murders of two others over the past three years.

Police last week said they believe Wasim a-Sayed was responsible for the 2019 double homicide of an elderly couple in Jerusalem, as well as the murder of a Moldovan foreign worker last month.

According to the indictment submitted to the Jerusalem District Court, a-Sayed, 34, a Palestinian from the West Bank city of Hebron, joined the jihadist group Salafia Jihadia in 2011 and pledged allegiance to the state. Islamic in 2014.

After his release from a Palestinian prison in January 2019, he decided to carry out attacks against Jews in Jerusalem, according to the indictment.

The indictment accuses him of murdering Yehuda and Tamar Kaduri in their Jerusalem apartment in January 2019, a criminal police force that had struggled for years to crack.

According to the indictment, a-Sayed was actually arrested and held in Israeli administrative detention, without trial, for approximately two years at some point after these crimes because of his affiliation with the Islamic State – although was not suspected at the time of the Kaduri murders. No details were provided on the exact start of his detention.

He was released in March 2022, he added, and committed his next murder within days: On March 20, a-Sayed entered Israel illegally and searched for a target in the Armon Hanatziv neighborhood in Jerusalem. He eventually randomly entered an apartment building and the unlocked home of several sleeping foreign workers.

Believing them to be Jews, he stabbed them in their sleep, killing Ivan Tarnovski, a foreign worker from Moldova, and seriously injuring his roommate.

A-Sayed was arrested a few hours later as he tried again to break through the security fence near Jerusalem. The knife he was carrying and his history of administrative detention led him to be transferred to Shin Bet custody for further questioning.

At the time of a-Sayed’s arrest, police did not know that he was responsible for one of the murders.

Following a joint investigation by the police and the Shin Bet, police concluded that a-Sayed was behind the murders of Tarnovski, as well as Yehuda and Tamar Kaduri in 2019.

The investigation also revealed that a-Sayed was responsible for Betzalel’s attempted murder.

“I decided I would murder Jews but I wouldn’t tell anyone. It would only be between me and my God. I decided that the Islamic State was my path. I looked for Jewish victims. I wanted to murder a man or a woman, but no children,” a-Sayed said during his investigation, according to Channel 13.

A hooded man is seen in security footage from Jerusalem’s Armon Hanatziv neighborhood on January 11, 2019, near the scene of a double murder. (Screenshot/Twitter)

The Kaduri case was previously considered by officials to be “one of the most difficult to solve in Jerusalem in recent years”.

The main piece of evidence that led the police investigation into the Kaduri case was a footprint found at the scene of the attack – a footprint created by a shoe made by the company Nevil’s Shoes, which are only sold than in the West Bank.

After a-Sayed’s arrest last month and subsequent investigation, police raided his home in Hebron. According to a Channel 12 report, it was his mother who led officers to a nearby warehouse, where they found religious texts regarding the Islamic State, along with other evidence. Police were also able to recover a pair of sneakers from Nevil that matched footprints found at the Kaduri residence. 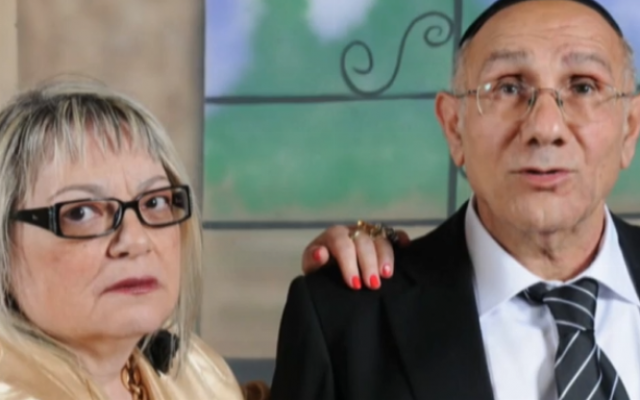 Tamar Kaduri, left, and her husband Yehuda, who were found murdered in their Jerusalem home on January 13, 2019. (Courtesy)

According to the indictment, all of a-Sayed’s terrorist activities stemmed from his support for the Islamic State.

On Sunday, the Islamist militant jihadist group urged its supporters in Israel to launch new terror attacks, the first such call since two deadly terror attacks were carried out last month by Israeli Arabs believed to have been inspired by the group.

The Islamic State has claimed responsibility for both attacks, although it does not appear that the terrorists were instructed by it to carry them out.

In a long speech for the holy month of Ramadan, the new spokesman for the jihadist group Abu-Omar al-Muhajjir called for a new “global offensive” in retaliation for the death of its leader, Abu Ibrahim al-Qurayshi, in last February.

We tell a critical story

Israel is now a much bigger player on the world stage than its size suggests. As a diplomatic correspondent for The Times of Israel, I am well aware that Israel’s security, strategy and national interests are always under scrutiny and have serious implications.

It takes poise, determination, and knowledge to accurately convey the story of Israel, and I come to work every day aiming to do just that.

Financial support from readers like you allows me to travel to witness both the war (I have just returned from a report in Ukraine) and the signing of historic agreements. And it keeps The Times of Israel the place readers around the world turn to for accurate information about Israel’s relationship with the world.

If it’s important to you that independent, factual coverage of Israel’s role in the world exists and thrives, I urge you to support our work. Will you join the Times of Israel community today?

How the “Community Refrigerator Movement” Can Change the World