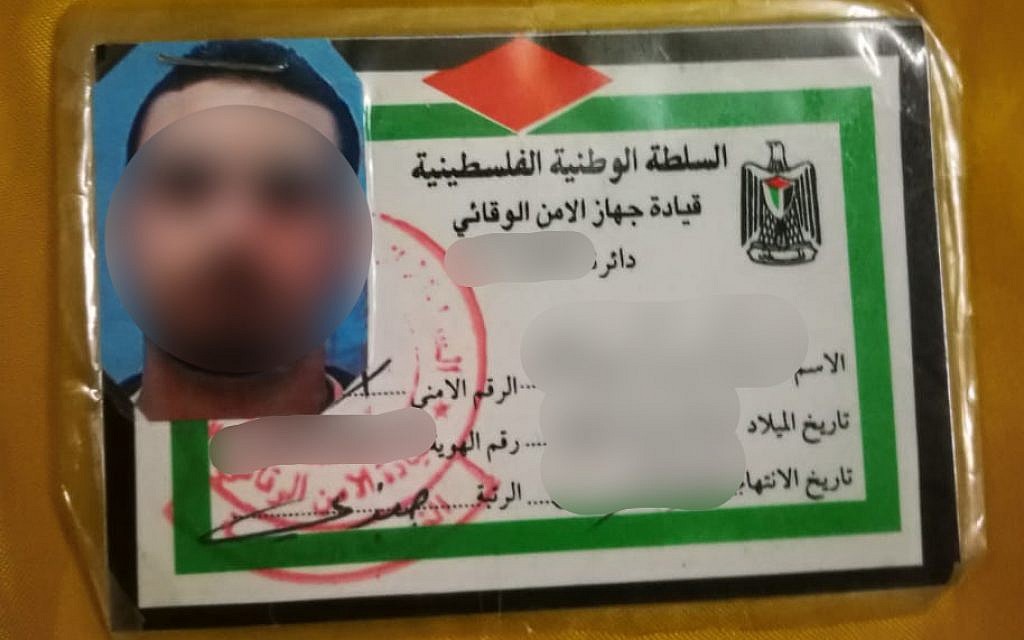 According to a police statement, the suspects were Israeli residents and some were receiving state social benefits while serving in the PA armed forces.

The statement said the activities were illegal under the 1994 Gaza-Jericho Accord, a follow-up treaty to the Oslo accords.

The arrests came at the end of a secret investigation into the Palestinian Authority’s operations inside Israel, the statement said.

During searches of the suspects’ homes, police said police found tens of thousands of shekels in cash, weapons, ammunition, uniforms and various documents from the Palestinian Authority security forces.

Police said the suspects were engaged in activities that “directly affect the personal safety of Arab Israelis.”

The suspects were taken for questioning and were due to be presented to a judge for a remand hearing later Monday.

The arrest raid came a day after police arrested PA governor in Jerusalem for the second time in as many months, apparently due to a PA investigation into a land sale in East Jerusalem.

Adnan Ghaith was arrested in Jerusalem’s Beit Hanina neighborhood on Saturday as he left a relative’s marriage. Police gave few details of Ghaith’s arrest, saying only that he was suspected of money-related offenses.

Hebrew-language media reports indicated that Israeli authorities were investigating Ghaith after the PA last month arrested a man accused of selling property in East Jerusalem to a Jewish buyer.

Last month, Ghaith was held for two days before being released, with the Shin Bet internal security agency saying it was “illegal activity by (the Palestinian Authority) in Jerusalem.”

Ghaith and Faqih have denied the charges, their lawyers said.

Israel, which annexed East Jerusalem in a move not recognized internationally, hardly allows the Palestinian Authority to operate inside Jerusalem.