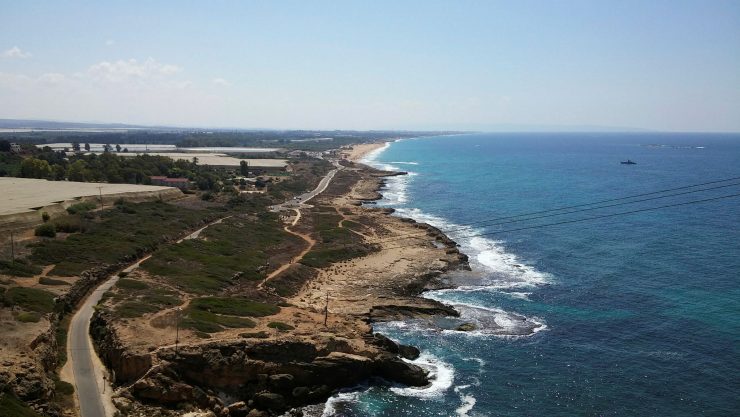 Israel’s Ambassador to the United Nations (UN) Gilad Erdan sent a missive over the weekend to UN Secretary-General António Guterres after the Lebanese government launched a tender inviting international companies to compete for the development of gas fields in the sovereign maritime territory of Israel.

The common maritime border between Israel and Lebanon is not agreed between the two countries. The issue has been debated for more than a decade. Both sides focus on oil and gas discoveries in disputed territorial waters.

Lebanon would demand an additional 1,460 square kilometers of Israel’s economic water, on top of the 860 square kilometers that discussions are already focusing on. The new Lebanese claim means they are claiming ownership of the Karish gas field and Block 72, where Israel plans to allow new gas drilling.

This latest letter adds to a series of inquiries sent by Erdan to the Guterres on the subject in recent months, after the Lebanese government has repeatedly tried to take unilateral measures in the maritime territories in question, while negotiations sponsored by the United States are underway to reach an agreement on the maritime border.

The talks are mediated by the United States and hosted by the Office of the United Nations Special Coordinator for Lebanon (UNSCOL) in Rosh Hanikra.

In his letter, Erdan expressed the Israeli government’s official opposition to any Lebanese activity without its consent.

“Israel opposes any unauthorized economic activity by Lebanon in this area, including, among other things, the granting of rights by Lebanon to a third party, the drilling or exploration of natural resources in maritime areas where Israel claims sovereign rights or jurisdiction,” the letter said.

Israel called on the Lebanese government to immediately withdraw the tender and to refrain from any measures that would promote any unagreed activity in the maritime areas under Israeli sovereignty.

“Israel reiterates its call on all relevant third parties to respect Israel’s position and refrain from participating in or promoting any action that could compromise Israel’s rights, as well as to refrain from any other involvement in non-consensual economic activity in Israeli maritime areas. Such activity threatens to expose third parties to significant liability,” Erdan warned.