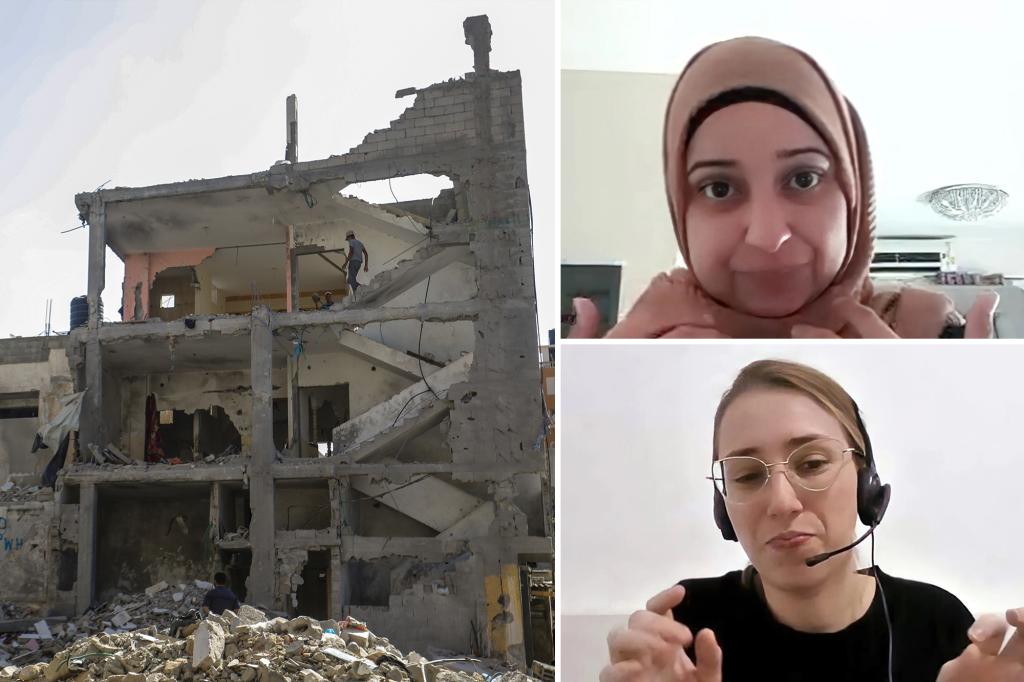 JERUSALEM, Israel – At a time when war and conflict are so much a part of daily life, an Israeli company has developed a free real-time, on-demand sign language interpreting app for members of the deaf community to use. on smartphones.

With a team of interpreters available and speaking and signing in different sign languages, the video call service is available anywhere, anytime.

During the latest wave of violence earlier this month between Israel and the Palestinian Islamic Jihad in Gaza, the company Sign Now conducted its first pilot tests with Gazans.

“We don’t get involved in politics. We are here to lead a social revolution,” said Tomer Levy, Founder and CEO of Sign Now.

He told Fox News Digital that 20 Gazans used the app during this pilot project, communicating with Arabic-speaking interpreters. They were able to get updates on the situation inside and outside Gaza, communicate with doctors and, above all, share their feelings with their colleagues.

This is not the first time that the company has helped the deaf. Israeli users have used it in times of war and peace, and many Ukrainians and Russians have used it since the Russian invasion of Ukraine.

“They were able to talk to family and friends, get medical advice, and even arrange travel from Ukraine to Israel and elsewhere,” Levy told Fox News Digital.

“Our goal is to help people with hearing loss integrate in the best possible way into today’s world. When a hearing person speaks with a sign language interpreter, they pay much more attention to the person in front of them.

According to the World Federation of the Deaf, there are over 70 million deaf people in the world. The vast majority live in developing countries and use over 300 different variations of sign language.

On September 23, the United Nations celebrates the International Day of Sign Languages. This year’s theme is Building Inclusive Communities for All.

The World Federation of the Deaf will urge communities, governments and representatives of civil society to recognize and promote the various national sign languages ​​around the world. He pledged to sign a statement supporting sign languages ​​as a basic human right for the deaf community.

Levy founded the company in 2019 and tens of thousands of people have used the app and his website.

Shortly after Levy started the business, his first big step was when the company performed the Eurovision Song Contest and broadcast it on YouTube.

With the help of the Israeli Public Broadcasting Corporation television channel and the European Broadcasting Union, Israel’s deaf community was able to understand the international singing competition for the first time.

Joint statement: More than 150 organizations demand a stand by the international community against the raids and closures of 7 Palestinian organizations