Israeli forces stand guard as machines clear the ruins of the Palestinian Salhiya family’s home in the Sheikh Jarrah neighborhood on January 19, 2022. AFP

The latest demolition is a special case, with the city removing the family to make way for what it says will be a large, specialized school for Palestinian children in the area. But it has also sparked local protests and drawn international criticism.

Police intervened under cover of darkness early Wednesday, abducting the family and demolishing the house. According to the police, 18 people were arrested for disturbing public order. The municipality says the land has always been zoned for public use and seized the property in 2017. It says the Salhiya family are squatters and the buildings were built illegally in the 1990s. It says it will compensate rightful owners and build the school to serve the local Palestinian community.

“These illegal constructions have prevented the construction of a school that can benefit children from across the Sheikh Jarrah community,” the city and police said in a joint statement. 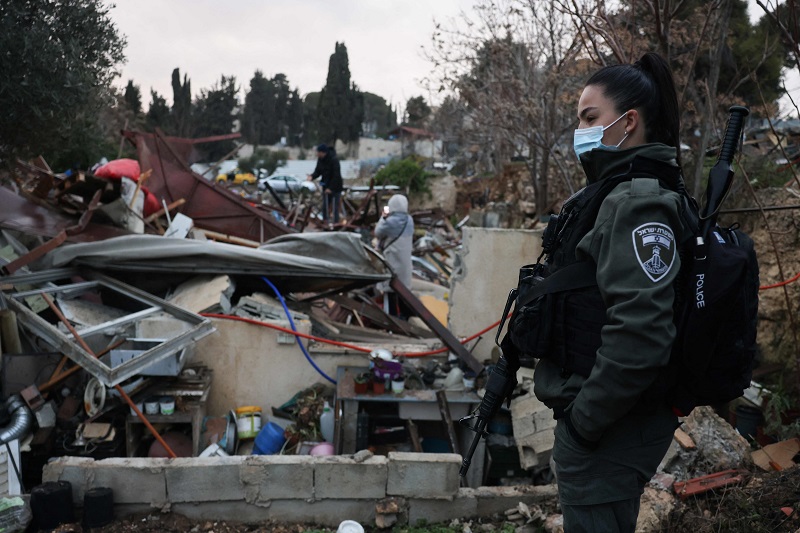 The case has been in court for several years, and a Jerusalem judge last year ruled in favor of the city and authorized the eviction. The family appealed and are awaiting a decision, but the judge did not freeze the eviction order.

Palestinians in East Jerusalem say it is nearly impossible to get a building permit from the city, forcing them to build homes without a permit.

She said another site in the neighborhood donated to an ultra-Orthodox Jewish boarding school could have been used for the special needs school. She also said the house could have been left intact since the new school is to be built on nearby land.

“This expropriation could have been done without deporting them,” she said. “It’s in Sheikh Jarrah, it’s in this very sensitive time, everyone is watching and the government hasn’t found the sense to stop it”. 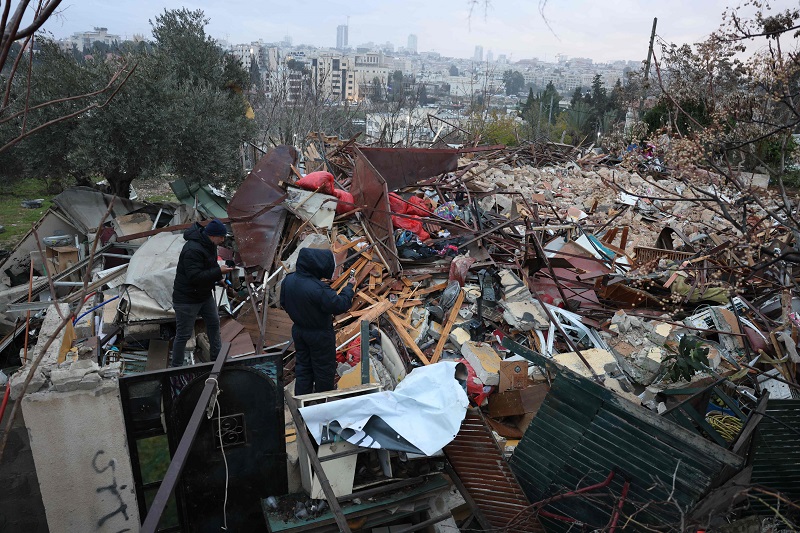