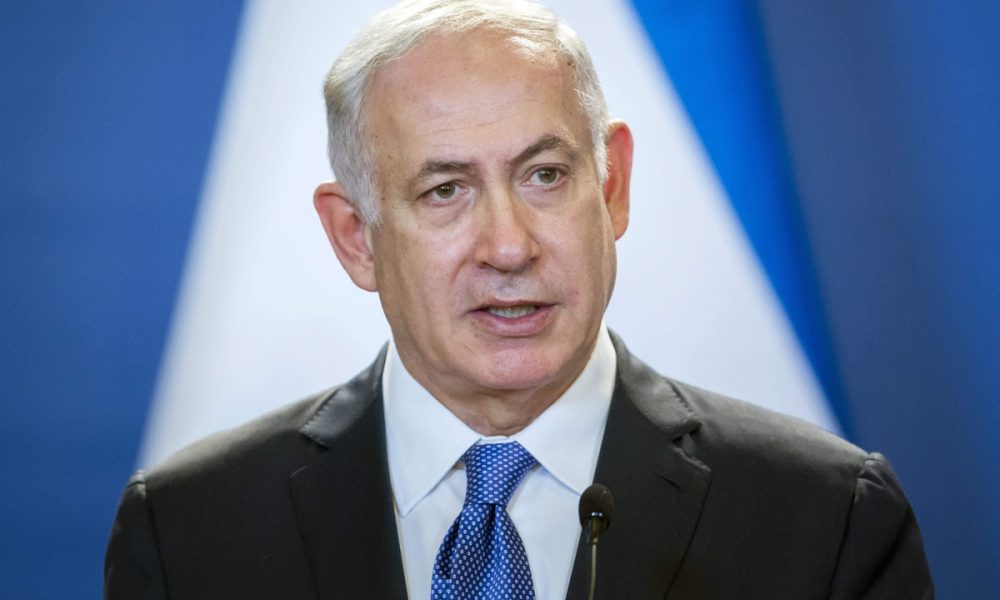 Israel’s election results could prove disastrous for the LGBTQ+ community

JERUSALEM — About five million Israelis voted in the elections that took place on Tuesday.

After five election campaigns in three and a half years, it now seems that the link between the two (political) blocs is broken. Benjamin Netanyahu will be Prime Minister again and he will form the next government.

The slowly coming results are extremely worrying for many Israelis, including members of the LGBTQ+ community.

The Otzma Yehudit and Hatzionut Hadatit party include new unknown figures who may turn out to be much more extreme than Smotrich and Ben Gvir when it comes to their attitudes towards LGBTQ+ people, women and other minorities.

Another concern for the LGBTQ+ community is the fear that Meretz, the premier party that has supported LGBTQ+ rights and has always been the political home for members of the LGBTQ+ community, will not win enough seats to bring its representatives into the the Knesset, which would give the Netanyahu bloc a landslide victory.

The achievements of the LGBTQ+ community in the previous Knesset could also be in jeopardy.

Over the past year, the LGBTQ+ community has managed to achieve a number of significant achievements, including repealing the ban on gay men donating blood, approving surrogacy for couples gender reassignment committee reforms, promotion of activities for Arab LGBTQ+ people and a budget of NIS 90 million ($24,460,991) for local authorities across the country to carry out activities for the benefit of the LGBTQ+ community.

Due to the complexity of the previous government which was made up of different parties from all ends of the political spectrum – from Naftali Bennett on the right to Meretz and Ra’am on the left – not all of these achievements were the result of legislation , but through regulations that various ministers have implemented. This fact can come at the expense of the community, as new government ministers might as well overthrow them.

In a study conducted by the Israel Institute for Gender and LGBTQ Research at the Aguda ahead of the election, 87% of LGBTQ+ Israelis said they feared the upcoming Knesset would violate their rights. This fear is not only due to the lack of promotion of pro-LGBTQ+ legislation, but also to the promotion of regulations and laws that will actively harm LGBTQ+ organizations.

If the right-wing government keeps its promises, it would remove LGBTQ+ education organization Hoshen from schools, end financial support for gay Israeli youth, ban hormone treatments for transgender people, and provide financial support to organizations that offer conversion therapy. And as we have learned through all the years of LGBTQ+ struggle, when public figures incite against members of the community, it affects the public and verbal cancellation turns into discrimination of LGBTQ+ people in businesses, bullying in schools against LGBTQ+ students and physical attacks on the street.

How LGBTQphobic will the next government be?

The results of elections in Israel are the will of the Israeli voter. The people of Israel have given significant power to parties that seek to harm the rights of the LGBTQ+ community, but these parties have not necessarily been elected because they are anti-LGBTQ+.

The fact that Ben Gvir and Smotrich and their parties have received significant support is not necessarily about LGBTQ+ issues, but it is primarily based on the state of internal security in Israel. The violence and crime in large areas of the country that have become no man’s land, the internal terrorism that culminated in riots in Arab Jewish towns in May 2021, and the disappointment of many right-wing parties that entered the The last government with an Arab party pushed many voters, including some LGBTQ+, to vote for far-right parties.

Another parameter that helped Ben Gvir and Smotrich in the election is timing.

They have entered an electoral system in which there is no right-wing party other than the Likud. All right-wing leaders (Avigdor Lieberman, Bennett and Gideon Sa’ar) moved to the center-left, and new far-right leaders who had failed to enter the Knesset filled the void.

The people of Israel are patiently waiting to see what the results will be and what the bloc map will look like. We still won’t know which government will be formed, even after the announcement of the final results. Netanyahu will receive the president’s mandate and begin the task of forming the government, which history has already taught us is impossible to predict how it will end. Israeli policy is unpredictable and full of surprises, and any possibility we hadn’t thought of can become a reality.

It is likely that in the first phase, Netanyahu will choose to form a narrow right-wing government with his natural ultra-Orthodox and religious Zionist partners. In this case, Netanyahu will depend on hardline Zionist elements, such as Smotrich and Ben Gvir, and even Maoz, each with the power to overthrow the government.

The question is whether these parties will use their power to undermine LGBTQ+ achievements and even enact anti-LGBTQ+ laws, and if so, how will more liberal Likud members, LGBTQ+ members and their supporters react to these proposals, and whether both parties will be prepared to endanger the right-wing government on this subject?

Later, domestic difficulties, including excessive demands from extreme parties or international pressure from outside, may cause Netanyahu to strive to expand the government, and perhaps even replace extreme elements with centrist ones. more moderates such as Benny Gantz. Such a government would be less anti-LGBTQ+, but even here the opportunity to promote LGBTQ+ issues is almost non-existent, and there’s likely to be no progress with what’s left. No anti-LGBTQ+ laws will be promoted either.

The first is how new Knesset members who have proudly come out as LGBTQphobes will sit in a coalition and cooperate with Ohana, a gay lawmaker and father of two children he had via surrogate.

The second is how will Netanyahu and secular Likud members handle extreme demands from religious parties, which range from closing entertainment venues on Shabbat, ending service for women in the IDF and application of Torah laws to the judicial system.

“Just as the outgoing government protected the rights of all citizens of the country, the new government should also do the same,” said outgoing Health Minister Nitzan Horowitz, a member of the LGBTQ+ community who will not enter the next Knesset. . “If Smotrich or Ben Gvir think they are going to harm women’s, LGBTQ or Arab rights, a broad and strong front will stand before them and stop them.”

Will the opposition to this new government be strong and determined enough to prevent these scenarios from occurring?

Only time will tell.