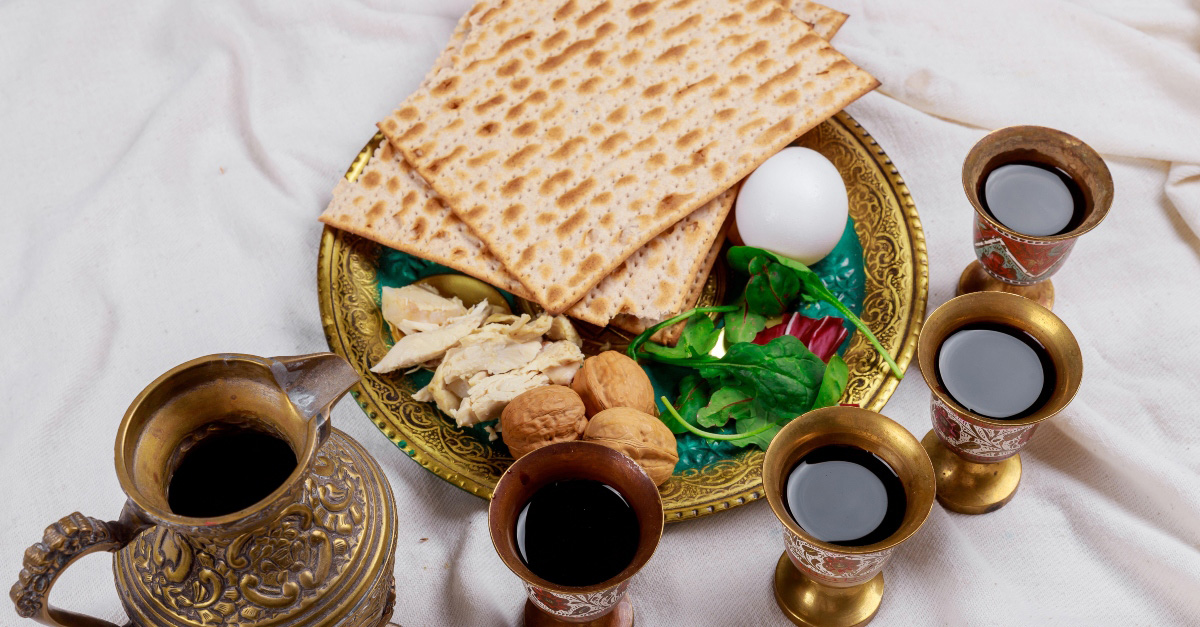 Passover – one of the most inspiring events in human liberation – will be celebrated by Jews in the Quad Cities and around the world beginning Friday evening, April 15.

The eight-day Passover feast commemorates the Israelites’ miraculous journey from slavery to freedom detailed in the book of Exodus. Jews commemorate Passover with the Seder, which combines a symbolic festive meal and the reading of the Haggadah, a prayer book that contains the story of the Exodus, symbolic readings and prayers.

The Torah commands the Jews to remember the Exodus as if they were present. It connects Jews to their ancestors, to Jews around the world, and to all people who were – and still are – enslaved or deprived of freedom.

Seder means “order” or “arrangement”. During the Seder, Jews eat foods symbolic of the Exodus, such as matzoh (unleavened bread), which was baked in the Egyptian sun by the Israelites upon their rapid departure from Egypt. Participants also sip four cups of wine, which symbolize God’s four commitments to the Israelites: I will take you for my people, and I will be your God” (Exodus 6-7).

In addition to matzohs, Exodus symbols include bitter herbs (maror), a reminder of the bitterness of slavery; charoset, a mixture of apples, sweet wine and nuts, to represent the mortar used by Hebrew slaves to build brick cities in Egypt; karpas, a green vegetable like parsley, denoting spring; a lamb shank bone, a reminder of the paschal lamb sacrificed in the Temple of Jerusalem; and a roasted egg as a symbol of life and renewal.

The joyous feast of Passover is followed by a solemn celebration: Yom HaShoah (Holocaust Remembrance Day) on April 27. It is a day set aside for Jews to remember the Holocaust – the destruction of six million European Jews by the Nazis during World War II.

The date was set to commemorate the start of the Warsaw Ghetto Uprising in April 1943, when thousands of Jews destined for extermination bravely fought back against their Nazi captors. The name comes from the Hebrew word “shoah”, which means “whirlwind”.