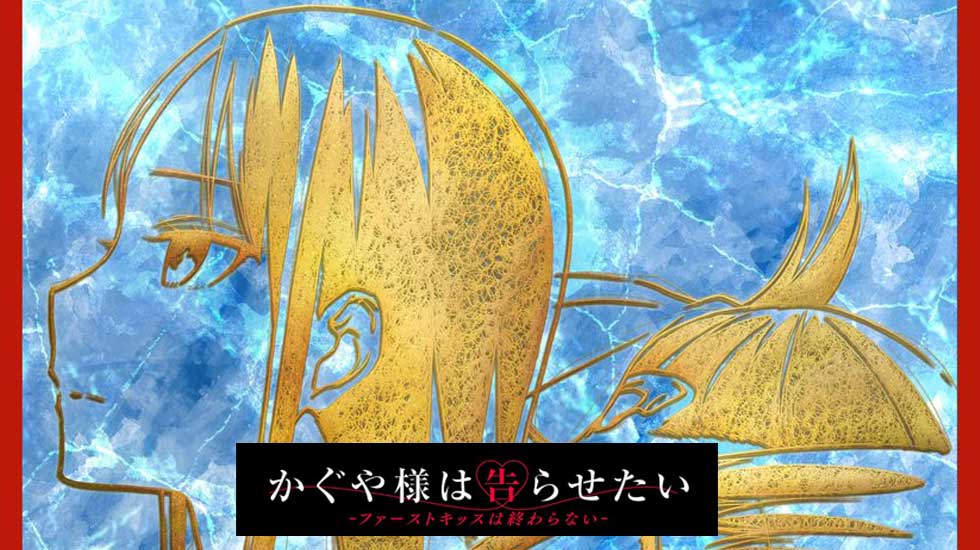 The official site of Kaguya Sama: Love is War announced on September 29, 2022 that the next film in the franchise, titled Kaguya sama wa Kokurasetai: first kiss wa Owaranai (Kaguya-sama: Love is War: The First Kiss Never Ends), will be released in Japanese theaters in winter 2022.

A new key visual was also revealed to commemorate the announcement.

Vice President Kaguya Shinomiya and Student Council President Miyuki Shirogane met at Shuchiin Academy’s Student Council. After a long love battle, the two geniuses communicated their feelings and kissed for the first time during the Annual Cultural Festival. However, they have yet to come to a clear confession, and the relationship between the two, who were thought to be lovers, remains ambiguous, and they come to Christmas with greater awareness of each other. Shirogane “wants to be perfect” and Kaguya seeks to be “not perfect”. It’s a very “ordinary” love story by geniuses. The first kiss never ends.

As in previous seasons, A-1 Pictures will be in charge of animating the film. A-1 Picutes producer Kenshiro Yamada said the events of the arc in question would only take up about two hours of screen time and it made sense that they would be made into a movie.

Key cast from previous seasons will return to reprise their roles in the film. Character designer and animation director Yuko Yahiro is also set to return as a staff member for the next one. Kaguya-Sama film.

The last episode of Kaguya-sama wa Kokurasetai -Ultra Romantic- airs Friday, June 24. It was an hour-long episode, a first of its kind for the series.

Kaguya Sama: Love is War is a manga series written and illustrated by Aka Akasaka. It began serialization in Shueisha’s seinen manga magazine Miracle Jump in May 2015 and was transferred to Jump young weekly in March 2016.

The manga has officially entered the final arc of Shueisha’s 45th issue. Jump young weekly. It currently has 17 million copies in circulation.

A 12-episode anime television series adaptation by A-1 Pictures aired in Japan from January to March 2019. A second season aired from April to June 2020. An OVA episode was released in 2021.

The anime will also have its first-ever special exhibition starting on April 29, 2022, to celebrate the release of Season 3.