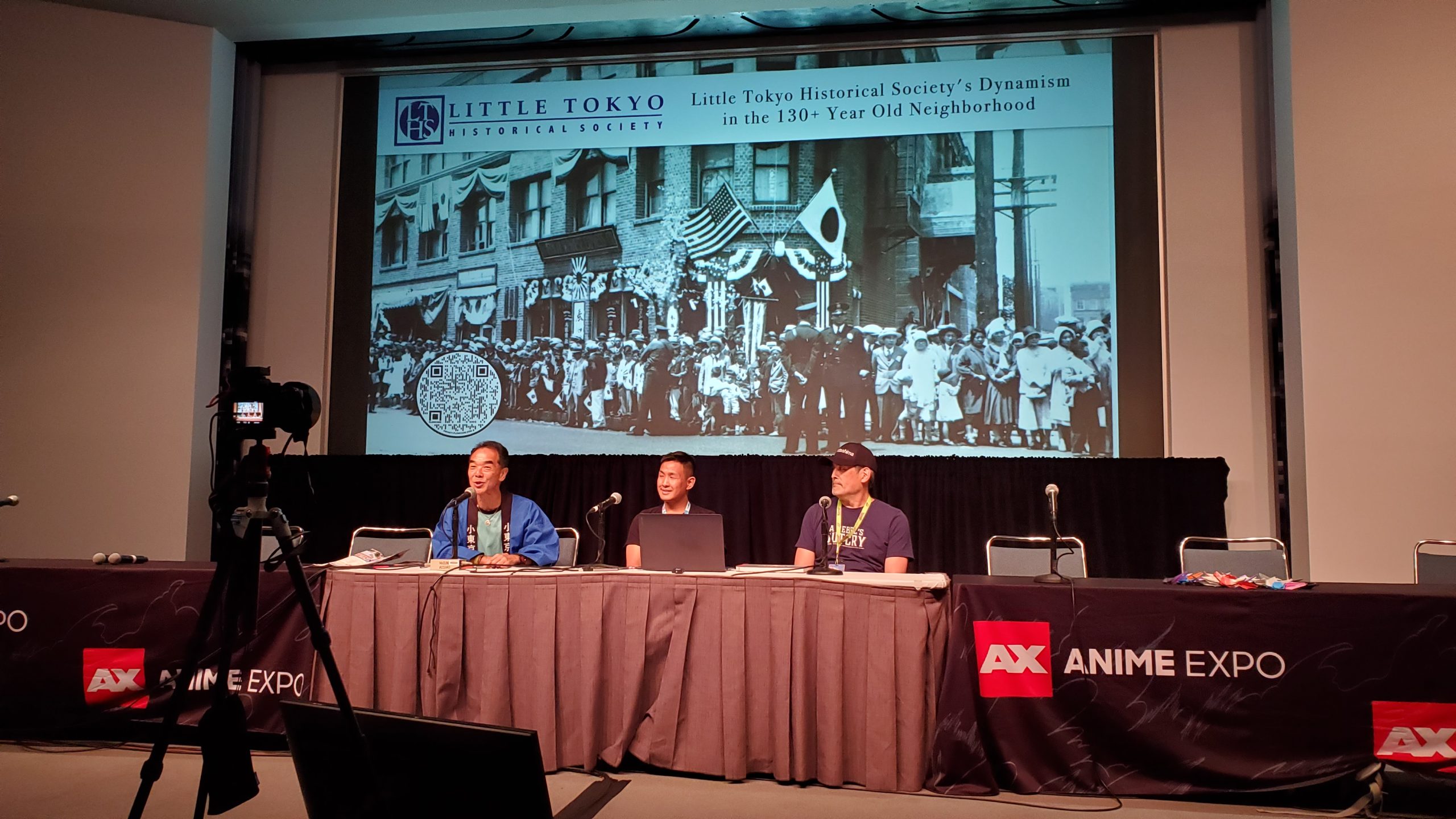 The panel began with presentations. Mike Okamura, the president of LTHS, showed up with fellow filmmakers and writer Jeffrey Gee Chin, and actor and Oscar winner Chris Tashima. As the room filled, panelists shared images and stories about the various Historic Japanese-American Cultural Monuments or HCMs across Los Angeles.

The panel also showed a trailer for the short film “A Rebel’s Outcry.” Based on the award-winning book of the same name, the film features the life of civil rights pioneer Sei Fujii, played by Chris Tashima. Jeffrey Gee Chin, author of “A Rebel’s Outcry,” and director of the short film, shared stories about Sei Fujii’s past and his connection to the Little Tokyo community. Some pages from Sei Fujii’s upcoming graphic novel were also shared during the panel.

At the end of the panel, audience members were invited to ask questions about Little Tokyo’s filmmaking, writing, and history. Chris Tashima shared his thoughts on creative license in film as well as the importance of owning your art and knowing the importance of the story you want to tell.

If you are interested in the history of Little Tokyo, or want to know how you can help the Little Tokyo Historical Society, you can find their website here. You can buy “A Rebel’s Outcry” in stores in Little Tokyo or on the SLT website.