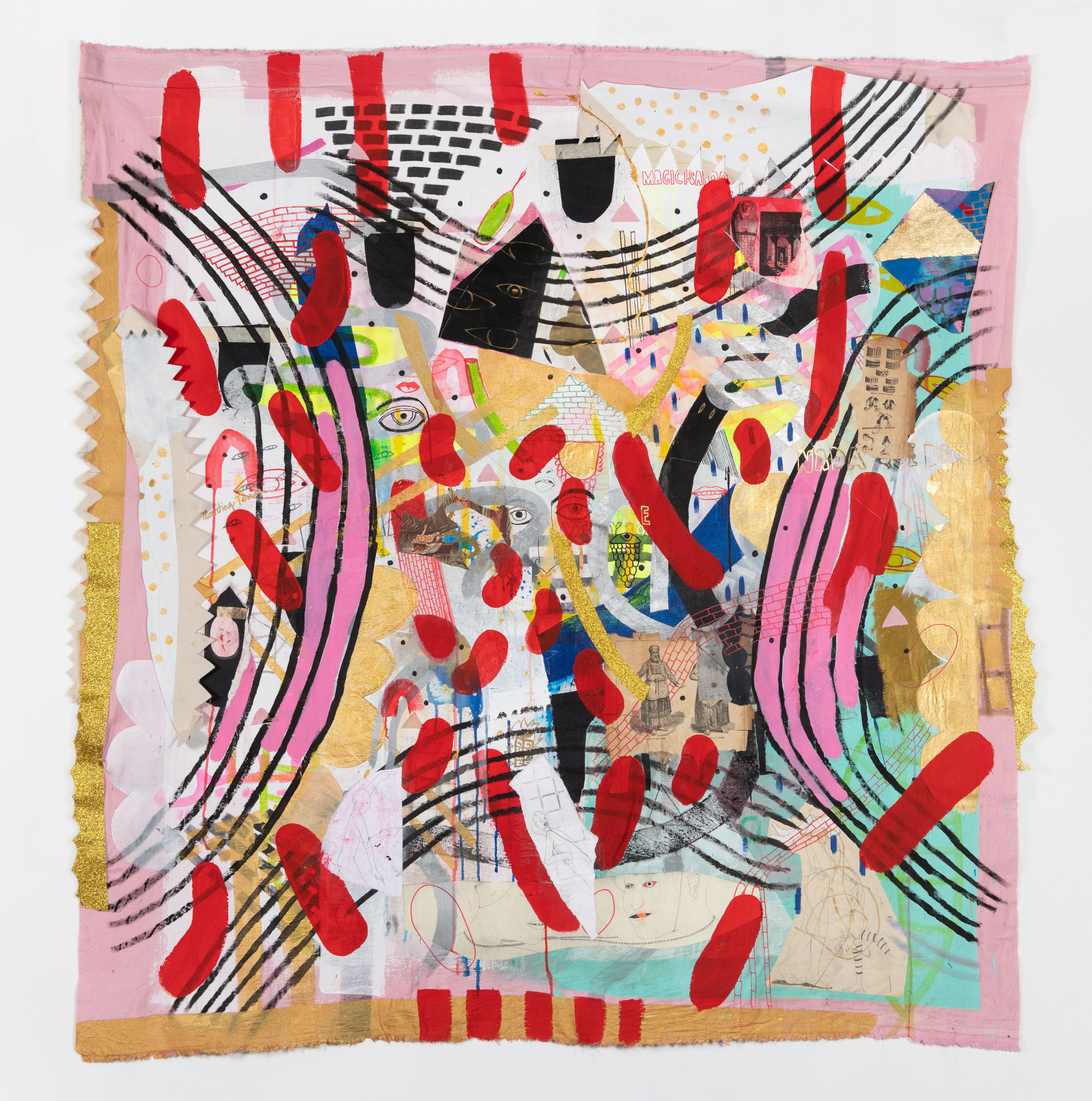 The Middle East Institute’s new exhibition in Washington, DC asks a simple question: Why has Arab-American art received so little recognition in the United States?

“If you look at the different ethnic communities in the United States whose artistic scenes have made significant progress over the past 20 years, we would think of the Asian American community, the Chicano community, or the black community,” explains Maymanah Farhat, curator of Converging Lines: Tracing the Artistic Lineage of the Arab Diaspora in the United States.

â€œIt’s wonderful, in terms of further inclusion and historicization. But the Arab-American arts community is still uncharted territory in the larger American narrative. “

While these groups had clear centers of activity, like Chicago among black artists or Los Angeles among the Chicano community, Arab-American artists have scattered across the country, to San Francisco, Los Angeles, Dearborn, Chicago. , New York, Washington, DC and elsewhere. They did not merge into a singular movement, which makes it difficult to draw credible contours around Arab-American art.

Instead of seeking an Arab-American “style”, Farhat emphasizes the American context in which the Arab-American artists worked. It’s a shrewd appreciation of how an artist’s identity can dominate the way art is viewed. The tendency to portray Arab-American artists as Arabs rather than a hybrid community prevents these artists from being part of American history – and keeps them in an Arab identity that tends to be politically colorful.

â€œArabs in America are really touched by the political rhetoric of the time. September 11th was a watershed moment for many of us because we were struck by profiling and hyper visibility. And before that, in the 1990s shows that took place with Arab-American female artists, a lot revolved around the idea of â€‹â€‹the veil and those very orientalist tropes – which the artists themselves didn’t care about.

The exhibition begins with a carefully drawn study of a face, part of a book project by Kahlil Gibran, the Lebanese poet and artist who lived in Boston in the early 1900s. Gibran’s inclusion underscores the longevity of the Arab-American community in the United States; in his famous letter to young Syrians from 1926, he evokes the pride of belonging both to the region that produced Damascus and Byblos and of being part of the new American civilization.

This mixed identity constitutes the leitmotif of the show, which progresses generationally through its 17 artists. Two serigraphs by the late Palestinian artist Kamal Boullata, exiled in 1967, are examples of his luminous, colorful and mathematically rigorous calligraphy.

His work is widely regarded for its innovations in this area or, as at a 2020 lecture at the University of Cambridge, how it fits into the tradition of Arabic bookmaking (dafatir) and the easy crossing between poetry and art that is common. in Arabic art.

â€œKamal Boullata lived in Washington, DC from the 1960s to the 1990s,â€ says Farhat. â€œHe is very imbued with the Washington school of colors. He did his MFA at the Corcoran School of Art, and you can easily see the dynamism of Alma Thomas, Gene Davis, Kenneth Noland in his work. But then he also created some very Islamic works, and he was very proud of his own personal cultural history of being from Jerusalem, and all the magnificence that that means.

Likewise, for Lebanese artist Huguette Caland who worked in Los Angeles from 1987 to 2013, Farhat highlights the influence of West Coast artists such as James Turrell and Ed Moses. Turrell’s attempt, for example, to capture the mellow California air has clear parallels to Caland’s extraordinary ability to render light and color three-dimensional, curved, and ready to hold.

Other artists in the exhibition combine American and Arab references to represent their dual belonging, a complex of emotions familiar to all immigrant families.

Behind the colored washes hides the image of an Iraqi woman, who appears both present in an imposing way but also erased by the colors exhibited.

Chicago-born artist Yasmine Nasser Diaz has produced a series of collages based on her experience of visiting her family in Yemen in the 1980s, mixing both images of Old Sana’a with other interests from the era for a 15-year-old like Salt-N-Pepa and Madonna.

There is a slight irony in the fact that the Middle East Institute emphasizes the American character of these artists, but the result is a greatly enriched understanding of their work. And by acknowledging the context in which these artists appeared, the show also addresses the quirky and even artificial way in which they entered the mainstream of the art world.

Farhat notes, for example, how Caland and Etel Adnan were partly received as hitherto unknown Arab artists in their recent exhibitions in Western institutions. A 2015 review of Caland’s work in the magazine frieze, for example, called the artist’s work, then 83, a “welcome revelation.” But these artists had been known for decades to both the Arab community and the American artists they worked among. But, says Farhat, they just lacked lawyers.

â€œThe Arab-American literary scene has taken off over the past 10 to 15 years, and it is not uncommon now to see Arab-American writers participating in literary festivals in Brooklyn or Los Angeles. But the visual artists we just didn’t have the same type of support.

This is Farhat’s second exhibition for MEI, a think tank that has opened an art gallery on the ground floor as part of its cultural programming. She is not at the center of the art world and one wonders how far this criticism will go beyond those who are already grappling with her concerns.

But the gallery’s programming so far – such as an exhibition of protest photographs in Beirut and an indispensable look at contemporary Syrian art, curated by Farhat – has filled an important gap in the American institutional landscape and made of the site an important, albeit unexpected, site. source of both advocacy and sensitive analysis.

Converging Lines: Tracing the Artistic Lineage of the Arab Diaspora in the US is at the MEI Art Gallery until Wednesday November 17, 2021