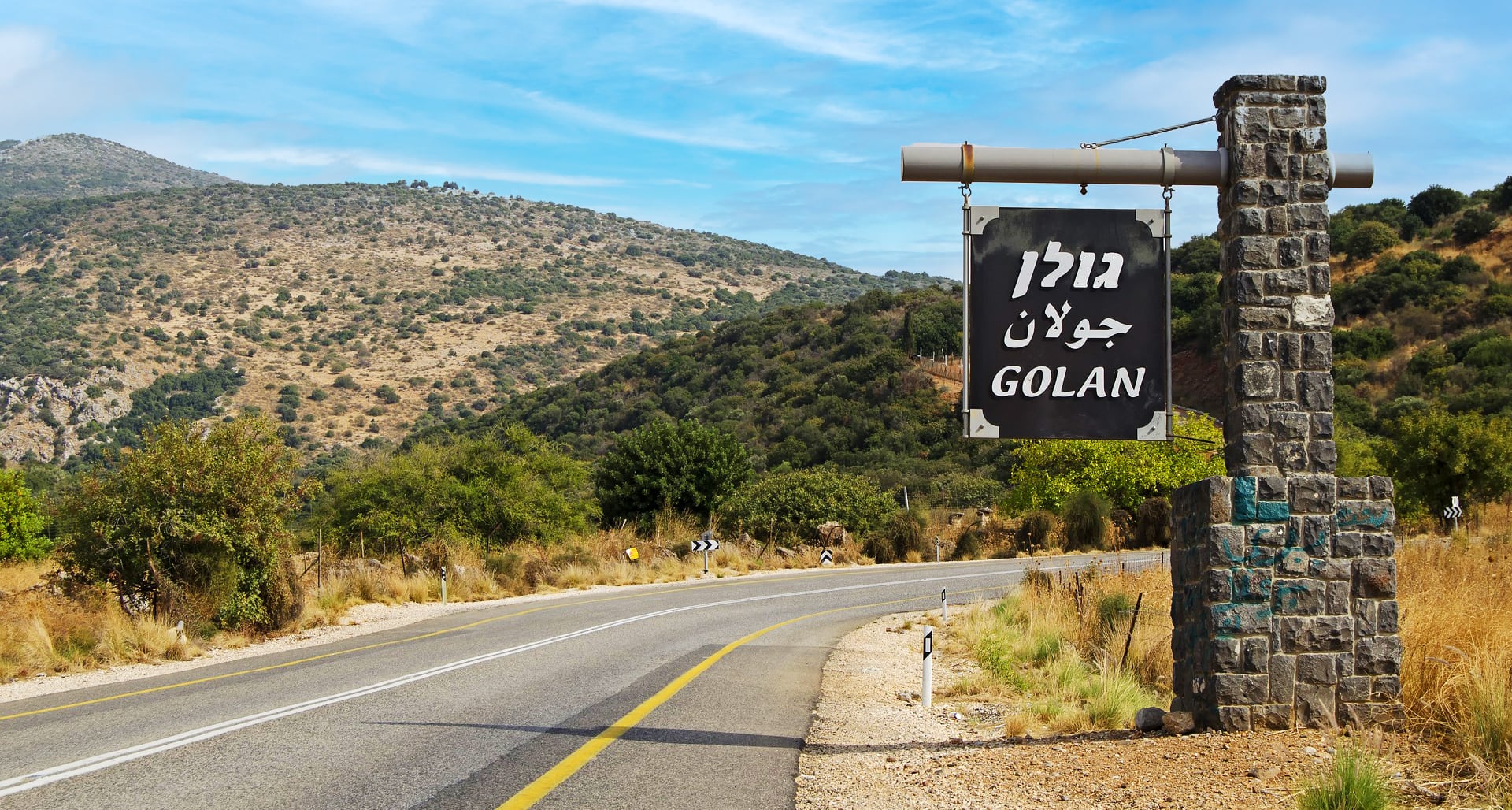 Israeli cabinet approved more than $ 300 million on December 26 development plan for the Golan Heights. The initiative aims to double the population of the northernmost part of the country to around 100,000, with new communities as well as improvements in infrastructure and transport.

The Associated Press (AP) thereafter depicts the decision of the Israeli government like a blow to peace:

Strengthening Israeli control over the territory would complicate any future attempts to forge peace with Syria, which claims the Golan Heights. “

“This [the proposal] calls for one billion Israeli shekels to be spent on housing, infrastructure and other projects with the aim of attracting around 23,000 new Jewish settlers to the regionâ€¦ â€

Unreported by Associated Press: Syria is part of anti-Israel “axis of resistance”

The time when the Israeli government decided to approve the Golan Heights plan coincides with the growing machinations of the Islamic Republic in Syria, mainly efforts to revitalize a regional alliance known as “the Axis of the Resistance”. Some experts argue that Tehran is pushing to strengthen ties with its terrorist proxies in the Middle East in response to recent agreements between Israel and several Arab countries to normalize relations.

The Islamic Republic of Iran will continue to support the Syrian government and people as a strategic ally and we will support Syria until its final victory … [contronting] The Zionist occupiers and terrorism are the common goal of the two nations.

Related reading: A brief history of the Golan Heights

Yet the Associated Press article completely decontextualizes the role of the Syrian government in fomenting violence on Israel’s northern border. Since the start of the civil war in Syria over a decade ago, the Israel Defense Forces (IDF) have been forced to launch hundreds of strikes against military assets. in response to Iran’s measures to establish a permanent position in the country; and efforts to transport advanced weapons to terrorist groups such as Lebanon-based Hezbollah.

Thus, many analysts have interpreted the Jewish state’s retaliatory measures as a double message: first, that Israel will never allow Iran to establish forward operating bases along its border, and second, that Jerusalem holds Damascus responsible for facilitating Tehran’s ambition to destroy the Jewish state.

By describing the Israeli government’s recent move to the Golan Heights as “complicating any future attempt to forge peace with Syria,” the Associated Press blithely ignores the main catalyst for the current instability: the Islamic Republic from Iran.

AP, should Israel make peace with a war criminal?

Regarding the development plan, the Israelis Prime Minister Naftali Bennett said: “Any knowledgeable person in the world understands that it is better to have calm, flourishing and green Israeli heights as opposed to the alternative.”

We can reasonably deduce the most probable alternative.

In September, United Nations High Commissioner Michelle Bachelet clearly that the conflict in Syria had killed more than 350,000 people, while noting that this figure was a “sub-count of the actual number of murders”.

Bashar al-Assad’s regime has used chemical weapons more than 300 times, according to a survey by the Global Public Policy Institute. In total, around 12 million Syrians have been forced to leave their homes.

Somehow, those details failed to make its way into the report of how Israel is dealing with a hostile neighbor in its north.

AFP’s problem with Jews living in the Golan Heights

As the PA misses the mark when it comes to providing crucial context on current geopolitical realities, AFP goes so far as to involving that the Israeli government’s plan for the Golan Heights is a state-sanctioned exercise in racial discrimination:

First of all, the government’s plan is to increase the number of all Israelis living in the Golan Heights: Jews, Christians, Muslims, etc. For Israelis looking for job opportunities, the initiative will create 2,000 jobs and transform the Golan Heights into Israel’s renewable energy capital. .

In addition, the actual demographic composition of the region deserves to be developed. Currently, some 53,000 people live in the Golan Heights: 27,000 Jews, 24,000 Druze and some 2,000 Alawites (an ethnoreligious group originating from Shia Islam).

That AFP is focusing only on the prospect of other Jews settling in the area is therefore troubling.

The Associated Press and AFP effectively turned Jerusalem’s decision to invest in the development and security of its citizens into a misrepresentation of Israel as some sort of “land grabber.”

In reality, the Israeli government is doing what all governments are supposed to do: that is, to ensure the well-being of all citizens, regardless of their origin; this, in stark contrast to the 19-year period that ended in 1967 when successive Syrian regimes failed to invest in local infrastructure and services.

Under Israeli control, electricity and water systems, as well as agricultural facilities and health clinics, were put in place.

Regarding the legal status of the Golan Heights, AP, AFP and other media refer to it as “captured” territory. But the reality is more complex. Following the Syrian attack on Israel during the Six Day War in 1967, Israel took control of parts of the Golan Heights. The Israeli-Syrian disengagement agreement of 1974 established a buffer zone between them and a United Nations observer force to oversee its implementation.

israeli law was enforced by the Knesset in the Golan Heights on December 14, 1981.

In 2019, then US President Donald Trump recognized the region’s strategic importance to the Jewish state when he rIsraeli sovereignty recognized over the Golan Heights.

The job of the media is to report the facts of a story. Readers of the Associated Press and Agence France-Presse deserve to know the full picture.

Did you find this article informative? Follow the Honestreporting on Facebook to read more articles debunking prejudice and defamation, as well as others explaining Israel’s history, politics and international affairs. Click on here to learn more!