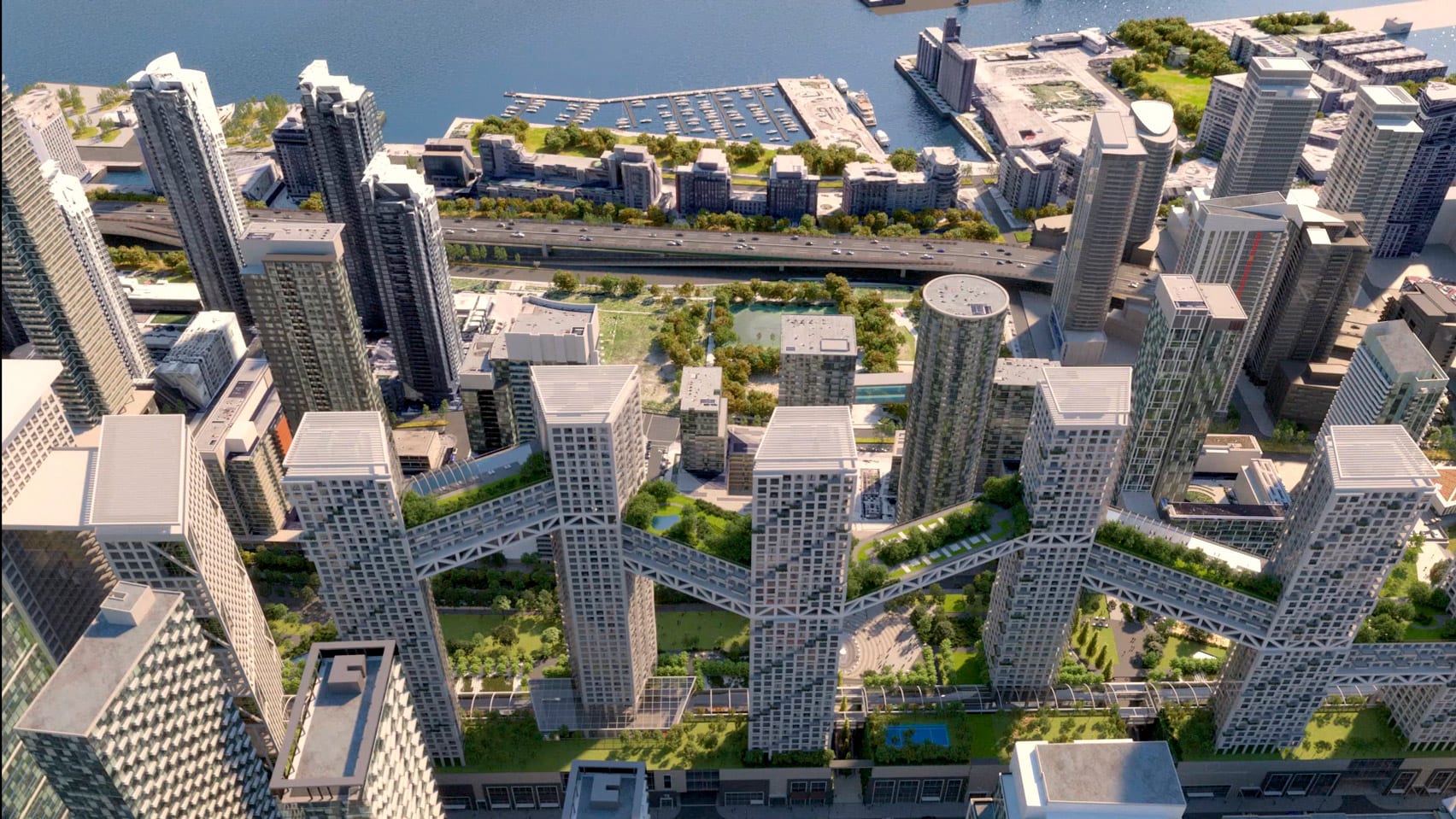 Orca is a mixed-use development in Toronto designed by Safdie Architects that will feature nine interconnected residential towers alongside a park that will be built over a railroad track.

Safdie Architects revealed plans to build bridges over a 100-meter-wide and 800-meter-long section of the train line that leads to Union Station.

One of the Orca towers will contain offices, while the other eight will contain 3,000 apartments. The skyscrapers will be linked together by bridges with gardens and amenities for residents.

â€œOur design aspires to forge a reconnection into the fabric of community by creating a vibrant park that is economically viable and promises a unique destination experience for Toronto,â€ he added.

â€œSince an isolated park is unlikely to generate the diversity of activities required to liven up the neighborhood, our design incorporates amenities for city living such as shops, restaurants and offices within the park itself, drawing visitors to the park. residents and visitors. “

The square protrusions on the renderings of the towers are reminiscent of Habitat 67, Safdie’s iconic brutalist complex in Montreal.

Safdie Architects worked with PWP Landscape Architecture, who designed the Salesforce park on terraces above a transit hub in San Francisco, to create the park. It will include playgrounds, hiking trails and bicycle paths linked by ramps and lifts.

The shopping arcade area will be covered during winter but may be open to the park in summer in good weather.

Orca will join other upcoming developments in Toronto, including as Populous’s esports stadium and a pair of twisted reflective skyscrapers from Frank Gehry.

Boston-based Safdie Architects was founded in 1964 and has offices in Singapore, Shanghai and Jerusalem. Recent projects of the practice include the Crystal skybridge at Raffles City Chongqing and the Jewel Changi Airport in Singapore.