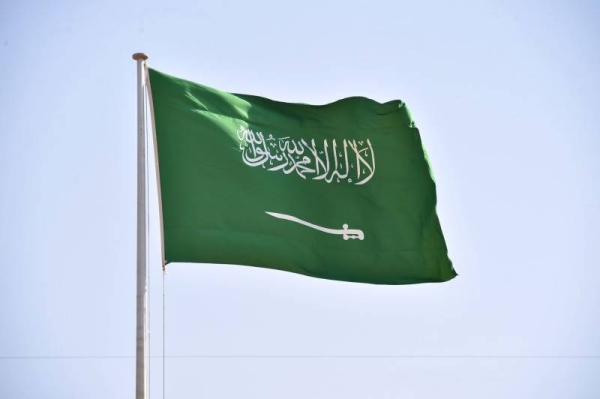 RIYADH — Saudi Arabia has called on the international community and the United Nations Security Council to take decisive action against the Iran-backed Houthi terrorist militia.

“The absence of firm measures against this militia is what has given it more space to harm the Yemeni people, destabilize the security and stability of the region and significantly affect international peace and security,” he said. Counselor Muhammad Al-Ateeq, permanent deputy. Saudi Arabia’s representative to the UN.

He made the remarks during the UN Security Council’s discussion of the “Situation in the Middle East, including the Palestinian Question”. While confirming Saudi Arabia’s initiative to resolve the conflict in Yemen. Al-Ateeq blamed the Houthis for obstructing all peaceful efforts aimed at reaching a comprehensive political solution under the auspices of the United Nations and in accordance with the relevant Security Council resolutions, in particular Resolution 2216, the initiative of the Council of Gulf Cooperation and the results of the National Dialogue Conference.

The Saudi diplomat pointed out that the Iran-backed Houthi terrorist militia confirms day after day its indifference towards realizing the aspirations of the Yemeni people and maintaining the stability of Yemen. He also drew attention to the Houthis’ subversive role in threatening regional stability and international peace and security.

“The greatest proof of this is its continued threat to the safety of international shipping and the use of civilian objects and Yemeni ports to destabilize the security of the region as well as the attack on civilians in the Kingdom and the Emirates. Arab States, the latest including the cowardly terrorist attack that targeted Abu Dhabi International Airport and the hijacking of the United Arab Emirates vessel Rawabi,” he said.

Al-Ateeq reiterated the Kingdom’s full and complete stance alongside the UAE in the face of all that threatens its security and stability. He also stressed the importance of facing the danger of this terrorist group and its continued threat to the stability of the region and the world.

Al-Ateeq drew attention to the right of the Kingdom to take all necessary measures, in accordance with its obligations under international law to respond to all terrorist practices and acts to which it is exposed by this militia. terrorist backed by Iran.

Al-Ateeq reaffirmed the Kingdom’s support for the Lebanese people. He urged all Lebanese leaders to put the interests of their people first and work to achieve what the Lebanese people aspire to in terms of security, stability and prosperity, and to end the terrorist hegemony of Hezbollah. on state institutions.

Regarding the Palestinian cause, Al-Ateeq reiterated the Kingdom’s unwavering stance to end the Israeli occupation and establish an independent Palestinian state with East Jerusalem as its capital. He also stressed the need to guarantee the right of Palestinian refugees to return to their homeland.

Al-Ateeq stressed the importance of a comprehensive and lasting peace in the Middle East, the basis of the two-state solution, and in accordance with international resolutions and the Arab Peace Initiative of 2002 which guarantees the creation of a Palestinian state on the borders of June 4, 1967, along with the return of refugees, and the end of Israel’s occupation of all Arab territories, including the Syrian Arab Golan and Lebanese territories.

Jesus, the light of the world | Community