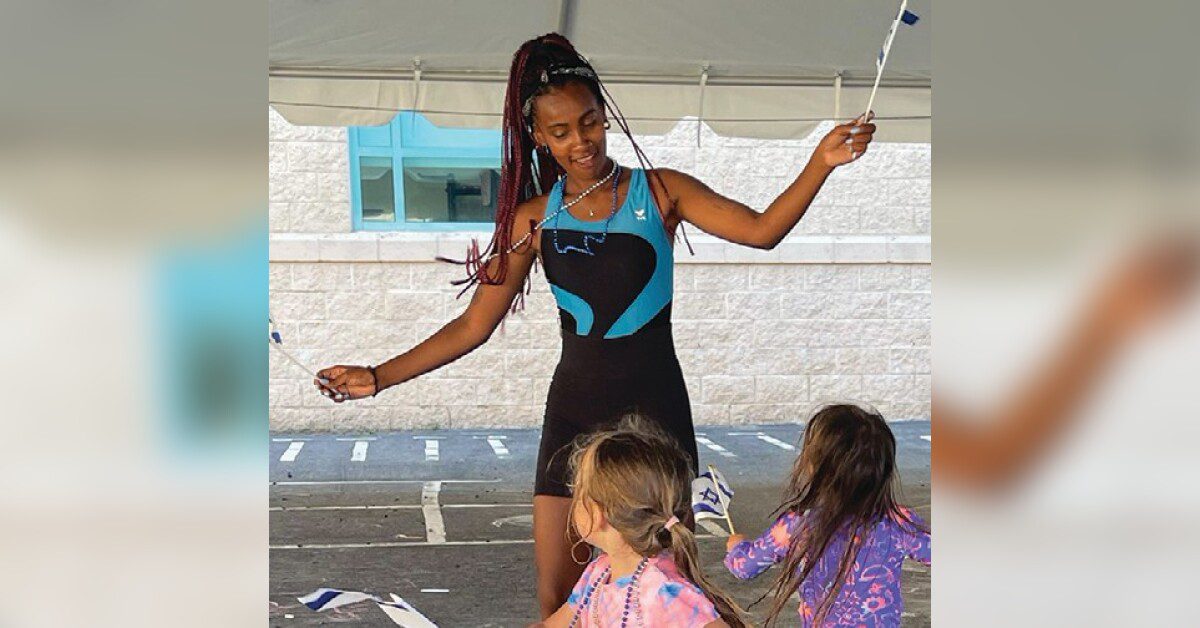 Shlichim at the Shore establishes ties with Israel

Esti entertains two campers at a pool party after camp.

Incredibly, the 2022 camp season is already over. For those at Camp by the Sea, this year has been very special. It marked the return of Israeli shlichim for the first time in three summers. Camp by the Sea hosted two shlichot, emissaries from Israel. Throughout the summer, these two young Israeli girls worked at the camp, enjoyed the sun and truly integrated into the community.

Israelis apply through the Jewish Agency for Israel (JAFI) to become shlichim. JAFI is an international organization, supported by Jewish federations around the world, which provides important resources to Jews in Israel and around the world, connects Jews with each other and provides the framework for making aliyah. Funding for this community’s shlichim comes in part from the Jewish Community Foundation and the Jewish Federation of Atlantic and Cape May Counties’ annual campaign, as well as the JCC’s Israel Engagement Fund.

Shirel Domany and Esti Melul, this year’s Israeli envoys, had no idea what to expect from their experience. Neither had been to America, and neither had been in any form of camp. Esti spent the summer as a sports specialist and Shirel worked as a dance specialist. Throughout the virtual interview process, Brian Adler, Associate Executive Director/Director of Development of the Milton & Betty Katz JCC, and his team were extremely impressed with Esti and Shirel. They knew right away that the two were a perfect match for Camp by the Sea. After meeting the shlichot in person, Adler said, “When we were setting up camp for the summer, they rushed to help us, prepared quickly and were easily trained. They did all this while adapting to a new way of life! 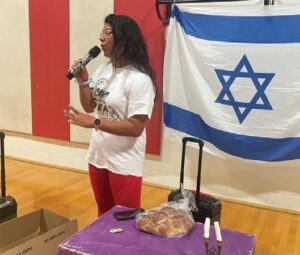 After leaving the military, Esti and Shirel were thrilled with their summer. Hailing from Rishon LeTzion, Shirel has three siblings, including twins. One brother is a soldier in the IDF Air Force Division. From Jerusalem, Esti is one of six children. Serving in the IDF, Shirel worked on a general’s staff to help with diplomatic matters. Often she communicated with the foreign press. Esti’s job was to help the military transition to civilian life.

Esti and Shirel both made the most of their camp experience. Looking back, Esti enjoyed celebrating Shabbat with the campers. “In Israel, I am a kindergarten teacher and every Friday we do challah with the children. Seeing parents and children singing and celebrating together brought me back to my classroom in Israel,” she said.

The two agreed that one of their fondest memories was Israel Day. “We showed up in our uniforms and immediately all the campers thought that was the coolest thing! It was really special for us to be in uniform and let the campers hear about our life in the army and in Israel,” Shirel shared. On Israel Day, Esti and Shirel set up activity centers, including a Hebrew station, an Israeli station and a scavenger hunt.

As much as being a shlichah is a powerful experience for Israelis, it is impactful for JCC personnel. As CEO of the Milton & Betty Katz JCC here in Margate, Marg Rosenblatt shared, “I was very excited to renew our relationship with Israel through our Shlichim program. Our Shlichim—Esti and Shirel—have been absolutely wonderful with our Camp by the Sea kids. Israeli culture and traditions come to life with their enthusiasm and amazing way of making Israel “feel” to children. Our host families provided them with a “home away from home” while enjoying their own connection to Israel. Many families hosted the shlicot this summer and played an important role in their experience.

Once the camp session officially ended, neither had a specific timeframe for returning to Israel. Esti planned to travel to New York, Los Angeles and San Diego with friends. Shirel, meanwhile, will travel to New York and Washington DC, before starting work at the Israeli Consulate General in New York.

Adler said, “We couldn’t have been luckier with these two girls. They wanted the real experience of being in the United States and they got it. Not only did Esti and Shirel experience many firsts, including a Philadelphia Phillies game, a soft pretzel, and a Pitbull concert, but they also dedicated themselves to the Jewish community. They participated in the Shirat Hayam devotional by the ocean, went to services at Young Israel, engaged the Jewish Federation’s NextGen families at a pool party at the JCC, spoke at of a meeting of the JCC board of directors and made a d’var Torah.