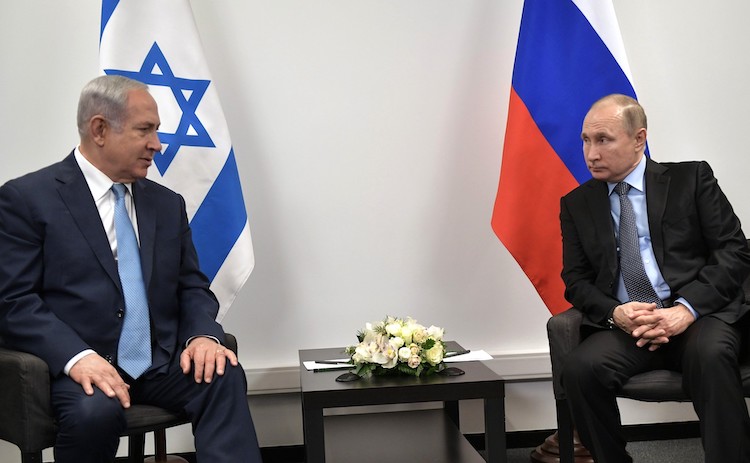 The tightrope walker of Russian-Israeli relations

Russia’s productive relationship with Israel remains one of the pillars of the Middle East security architecture. The two countries manage to compartmentalize their differences and cooperate on matters of mutual interest. But that fine balance now faces the challenges of the new US administration’s foreign policy lines and Israel’s domestic political volatility.

Over the past two decades, Russia and Israel have maintained a relationship of cooperation and even friendship that compartmentalizes points of friction and avoids crossing red lines. Israeli Prime Minister Benjamin netanyahu and the president of Russia Vladimir Poutine developed a personal relationship and understanding. The two countries have managed to avoid a “zero sum” game, despite Russia’s growing animosity towards the United States, Israel’s strategic ally, and its close relations with Israel’s main adversary, the ‘Iran, even as Moscow formed a coalition with Tehran in October 2015 to fight in Syria alongside the president Bashar al-Assad and Hezbollah. Yet the growing divisions between the Biden administration and the Kremlin, lingering tensions in the Middle East, as well as Israel’s domestic political volatility, threaten the fair balance that Moscow and Jerusalem have struck.

Russia and Israel have common interests that have brought the two countries closer together. On the Russian side, the relationship was based on President Putin’s personal attachment to Israel and the Jewish people, and on Russia’s ability to compartmentalize its foreign relations in such a way as to enable it to maintain dialogue with countries despite the contradictions on some political points. On the Israeli side, for the past decade, ties with Russia have been based on the recognition by the Israeli strategic community that in the conflicts with Hamas, Hezbollah, Iran and Syria, Russia has become a powerful intermediary with a unique ability to scale up or down. aggravate the clashes. Israel is also home to a large Russian-speaking community of Jews from the former Soviet Union who can facilitate cultural dialogue. So even before October 2015, but more so after, Israel has strived to maintain good relations with Russia while continuing what it calls “the interwar campaign” against Iran’s subversive activities.

Israel’s response to the annexation of Crimea in March 2014 is one of the most striking examples of its differentiated approach, which fundamentally seeks to avoid conflict with Moscow without jeopardizing Jerusalem’s vital alliance with Washington. . So, for example, Israel has tried to avoid addressing the issue of Russia’s illiberalism and its questionable international policies. Nonetheless, as a 2019 report by the Kennan Institute notes, Jerusalem is “sensitive to Washington’s concerns about Russia’s malicious activity around the world and accordingly restricts the scope of its security contacts with Russia.”

Nonetheless, Israel’s ability to maintain cordial relations has not removed the tensions and contradictions within the bilateral relationship with Russia, making it relatively vulnerable to external factors. First, Russia’s main allies in the Middle East are also Israel’s worst enemies – Iran, Hezbollah and Assad – which creates a tense context for Russian-Israeli relations. Second, despite the conclusion of an agreement on conflict resolution between the military forces of the two countries soon after Russia entered the war in Syria, friction and tension remained inevitable. In September 2018, this showed that a Russian reconnaissance plane was mistakenly shot down by Syrian air defense while Israeli fighter jets were operating in Syria. Russia accused Israel of “creating a dangerous situation” and blamed it for the incident. Israel apologized, but would continue to operate against Iranian targets in Syria in the face of Russian reprehensions.

Israel’s response to the annexation of Crimea in March 2014 is one of the most striking examples of its differentiated approach, which fundamentally seeks to avoid conflict with Moscow without jeopardizing Jerusalem’s vital alliance with Washington. .

This already complex and delicate balance of interests could be further complicated by the Biden administration’s new, tougher approach to Russia. Israel’s ability to accommodate relations with Russia, despite their differences, depends on not encroaching on its strategic alliance with the United States, which is paramount for Jerusalem’s foreign relations and national security. Achieving this goal was an easier mission under the Trump administration, which was sympathetic to the causes of the Netanyahu administration and less critical of the Kremlin. Donald trump himself, on several occasions, has indicated that he would like to have a working relationship with Putin. This task becomes more delicate under Joe biden, which claims that tackling authoritarianism and Russian malicious activity is high on its agenda.

Today, Israel’s volatile domestic arena could create another obstacle for Russian-Israeli relations. In the last round of elections (the fourth in two years), Netanyahu was unable to win enough votes to ensure a stable coalition, which means either he will be removed from office or, he remains, his reign will be chaotic. In any case, other elections should be expected soon. In the first scenario, if a coalition of anti-Netanyahu forces can form a government, they will have to forge a new relationship with Putin, which is not an easy task given the administration’s hardening of Russia’s position. Biden and the unrest in the Kremlin resulting from his growing intransigent policies. amid fears of Russophobia and confrontation with the West. If Netanyahu remains prime minister, he will have a minority government or an unstable coalition. In this scenario, he is likely to preserve his relationship with Putin through thick and thin. But there, too, he runs the risk of angering the Biden administration and allowing the Kremlin to take advantage of its weakness, as happened during Putin’s visit to Jerusalem in January 2020, where the Russian president took the opportunity to promote Russia’s account of WWII at the memorial to the 75e anniversary of the liberation of Auschwitz.

With the more assertive foreign policies of the Biden administration and Israel’s domestic political uncertainty, the right balance in Russian-Israeli relations remains strained. These tensions would be further stretched should open hostilities break out in the Middle East, where Russia is demonstrating a strengthened approach. Israel and Russia might find themselves more firmly on different sides in such conflicts, which would reveal the limits of the relationship.

* Vera Michlin-Shapir is an expert on Russian foreign and defense policies, as well as Russian politics and media. She worked at the Israeli National Security Council, Office of the Prime Minister, 2010-2016.