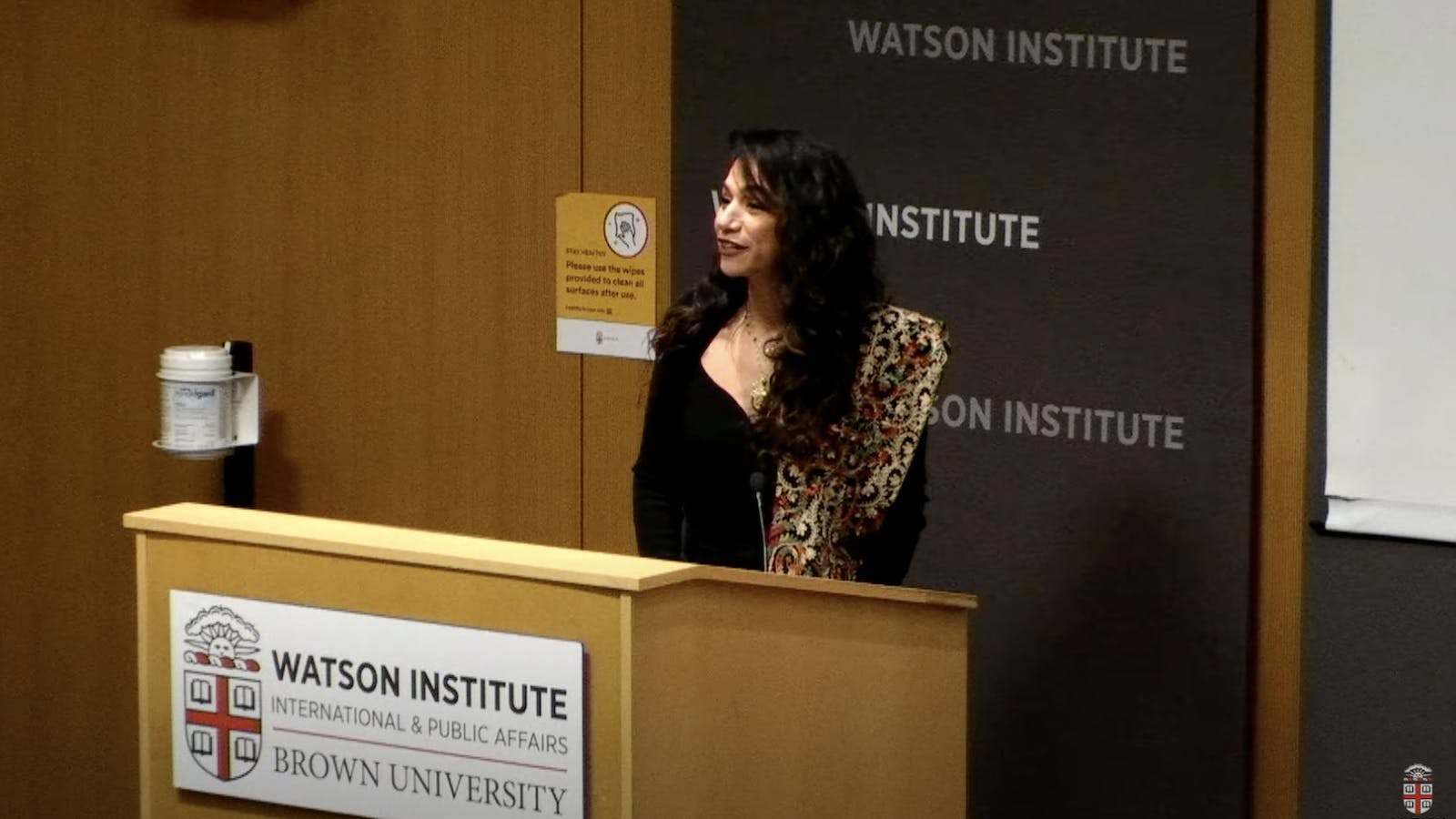 The Watson Institute hosts a “Race, Racism and Palestine” panel

The Watson Institute hosted a panel titled “Race, racism and Palestineon Tuesday evening, where leading scholars of race, law and political economy discussed Palestinian racial ideologies as well as anti-darkness and the legacies of slavery in the Middle East.

Erakat opened the discussion by noting how some people associate continued violence against Palestinians and black people with the rise of “ethical solidarity” among Palestinian activists. While Middle Eastern scholars and pro-Palestinian advocates must commit to ethical solidarity, she said, they must also recognize that “Arabs and Jews are as much part of the trafficking black slaves – the creation of blackness than social death – like anyone”. other.”

Erakat also referenced a statement by the Middle East Studies Association which “recognizes racism against indentured labor in the region (Middle East and North Africa) as central to anti-Blackness and struggle against it”.

Each of the speakers prepared responses ahead of the event based on questions posed to them by Erakat in previous discussions.

To answer the questions “What is the relationship between race and sovereignty?” How does anti-Blackness travel through time and space? What lessons does Palestine offer on these issues? Seikaly shared a series of family photos.

She described her family’s cross-generational experiences as Palestinian Christians, explaining their experiences of colonization under British rule and their involvement in the slave trade.

“The idea here that is so interesting is that these (Palestinian) men understand themselves as distinct from blacks and black Sudanese”, but also as distinct from the British in that they were “colonized in a way parallel to the people they believe to be superior to ,” she said.

Tatour followed Seikaly in speaking of the absence of race in Palestinian scholarship she encountered in her research.

“In the 1980s, and from the 1990s, ethnicity and ethnonationalism became the dominant frameworks,” she said. “The focus on ethnicity has obscured race as an analytics.”

Tatour pointed out that “we don’t talk enough about racial regimes within Palestinian society”, noting that she has focused her work on the Bedouin community, which she says is not only racialized in Palestine, but possesses also its own “deep racial structure”.

Reynolds then discussed the limitations of the history of the occupation of Palestine in racial analysis, and “the value of the Palestinian intellectual tradition in filling in some of the gaps in this analysis”.

While human rights organizations have recently begun to focus on the Israeli occupation of Palestine, Reynolds said, Palestinian thinkers “over the decades (have) given us a fuller historical and contextualized understanding of Israeli apartheid”.

Hill closed the event by discussing anti-blackness among black Middle Easterners and Ethiopians, drawing on her experiences working on the ground in an Afro-Palestinian community in Jerusalem.

“What does it mean to have a Black Lives Matter movement for Ethiopians who are both victims of anti-Blackness and white supremacy, but at the same time part of a colonial project settlers” opposed to the anti-imperialist BLM movement? Hill asked.

Get The Herald delivered to your inbox daily.