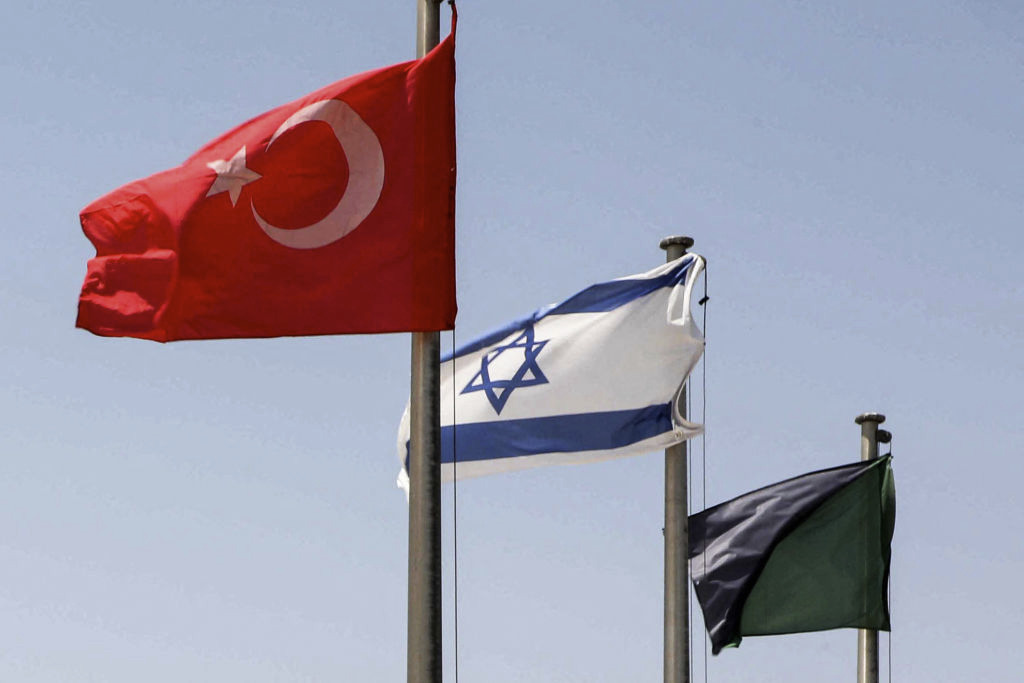 Blessed are the peacemakers: it sounds so good that Turkey and Israel have decided to become friends again. After a four-year hostile chill in relations that has gradually thawed in recent months, the former allies have agreed restore full diplomatic relations, exchanging ambassadors. Pleasant? Beautiful! Champagne to celebrate peace? Slow down.

It has been more than a decade since Turkey and Israel, once strategic partners, gravely parted ways, with an angry Ankara vowing to isolate Israel internationally. It has also been more than five years since the two countries decided to “give peace a chance” and appointed ambassadors. The emissaries had to pack up and leave after 17 months trying to put things back together.

Israel is normalizing diplomatic relations with a country whose undisputed leader for the past two decades was once describe Zionism as a crime against humanity. Turkish President Recep Tayyip Erdoğan’s political training was based on a militant extension of anti-Zionism as its raison d’être. Erdoğan is just as anti-Israel today as he was 40, 30, 20 and 10 years ago.

In a 2015 study, the Anti-Defamation League found that 35 million out of an adult population of 49 million Turks, or 71%, held anti-Semitic attitudes, compared to an average of 49% in the Muslim world as a whole. Just 15 months ago, in May 2021, Erdoğan, referring to the Jewish people, said: “It is in their disposition that they are content only to suck blood.” Part of Erdoğan’s rage was also directed to US President Joe Biden. “Today we witnessed Biden endorsing weapons [sales] to Israel. You [Biden] write history with bloody hands. Erdoğan’s remarks came as the Biden administration approved the potential sale of $735 million worth of precision-guided munitions to Israel.

There is too much evidence exposing Erdoğan’s fake peace with the Jewish state. In particular, one incident overshadows all the others. In September 2020, Erdoğan threatens to cut diplomatic ties with the United Arab Emirates (UAE) after the Gulf state made peace with Israel. Erdoğan accused the UAE of “betraying the Palestinian cause”. That was just plain silly: Turkey has had diplomatic relations with Israel since 1949. Now, with his peace initiative, Erdoğan appears to be even more hypocritical: Is Turkey now “betraying the Palestinian cause” by restoring full diplomatic relations? with Israel?

No, Erdoğan protested by hosting Palestinian Authority President Mahmoud Abbas in Ankara. Erdogan said that the decision to improve ties with Israel “will in no way diminish our support for the Palestinian cause”. It was a message for many wavelengths.

Towards Jerusalem: I will worry less about Hamas and more about Abbas.

To Hamas: I will deal with you secretly. My ideological love for you is eternal. But our love story must remain secret.

Erdoğan’s peace with Israel is not peace. It’s a tactical maneuver to send to Washington: I’m a good boy, give me the F-16s, don’t sanction me because further sanctions could end my reign at the polls next year. Turkey’s official annual inflation rate is 80%, with US dollar trading at 18 Turkish liras, per capita income of $8,000, poverty, high unemployment. Erdoğan’s chances of being re-elected in June 2023 are dwindling every day.

It will be a fragile peace effort between America’s most important ally in the Middle East and an unreliable member of NATO. In his election campaign next year, Erdoğan will once again resort to his pro-Hamas, “champion-of-the-Palestinian-cause” rhetoric to win a few more votes.

Ankara and Jerusalem have not yet announced (as of August 30) who their new ambassadors will be. Whoever they are, they need to keep a bag ready for a quick start.

Burak Bekdil, one of Turkey’s leading journalists, was recently fired from the country’s most famous newspaper after 29 years for writing in Gatestone about what is happening in Turkey. He is a member of the Middle East Forum.