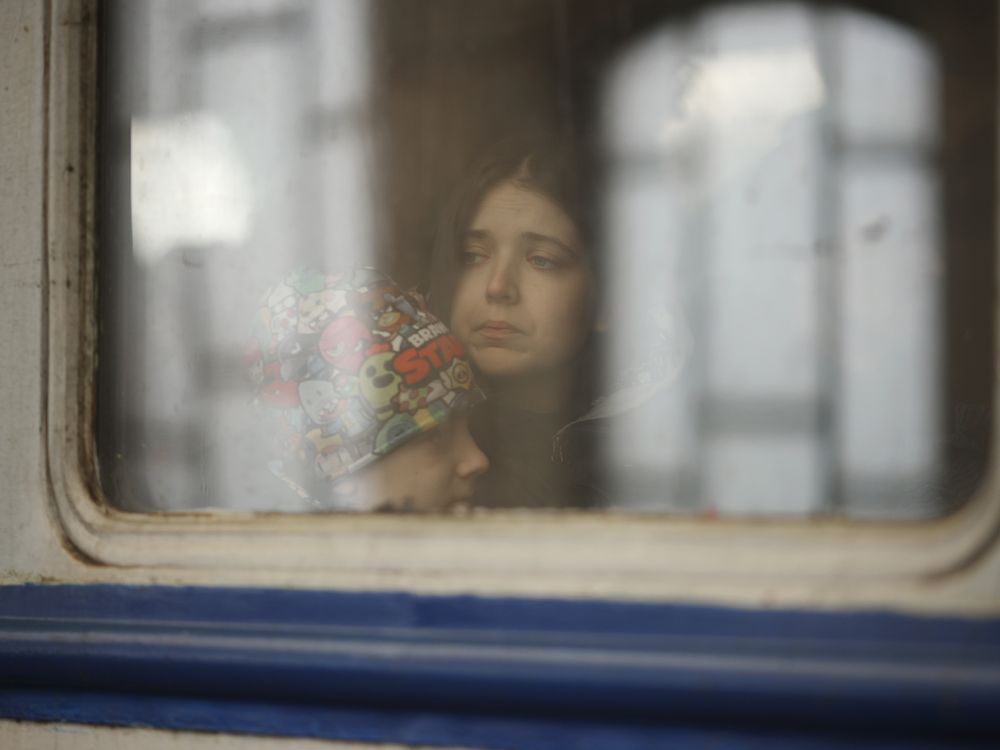 Will Ukraine survive? | The community press

History will remember that the people of Ukraine bravely fought alone against a brutal invasion by an imperial power that threatened all of Europe and the rules-based international order.

It has been a week since Russian dictator Vladimir Putin ordered a massive invasion of sovereign, independent and democratic Ukraine. Meanwhile, the Ukrainian army inflicted heavy casualties on the invaders.

NATO nations and other members of the community of nations continue to move weapons and supplies to the war zone to help Ukraine continue its valiant fight.

On the diplomatic front, an extraordinary vote on a resolution condemning the Russian invasion was held Wednesday at the United Nations General Assembly. An overwhelming majority of 141 member states voted in favor of the resolution, including Canada.

“Overwhelming vote for #UnitingForPeace – now we must pursue peace with justice, accountability and without impunity, and humanitarian aid to those displaced by war. #PutinsWar must end,” Bob Rae, Canadian Ambassador to the UN , tweeted after the vote.

The United States voted in favor of the resolution. Ahead of the vote, Ambassador Linda Thomas-Greenfield warned the General Assembly that “Russia is preparing to increase the brutality of its campaign against Ukraine. We have seen videos of Russian forces moving exceptionally lethal weapons into Ukraine…cluster munitions and vacuum bombs…banned by the Geneva Convention.

Ukrainian President Volodymyr Zelensky, the inspirational wartime leader, took to Twitter to praise the General Assembly, expressing his gratitude “to each and every state that voted in favour. You have chosen the right side of the story.

Shortly after the resolution was adopted, UN Secretary-General Antonio Guterres sent a direct message to Russia, via Twitter: “The UNGA has spoken and the message is loud and clear: end to hostilities in Ukraine — now. Silence the guns – now. Open the door to dialogue and diplomacy – now.

Meanwhile, unprecedented economic and financial sanctions targeting Russia have devalued the Russian rouble, forced the closure of the country’s stock market and cut off ordinary Russians from their credit cards and digital payment apps.

On Tuesday, a Russian missile struck a television tower in Kiev, damaging the nearby Babi Yar Holocaust Memorial Center.

“To the world: what’s the point of saying ‘never again’ for 80 years, if the world remains silent when a bomb falls on the same Babyn Yar site?… History repeats itself,” President Zelensky tweeted. in response to the attack. To which the Auschwitz Memorial replied: “It is difficult to expect the Russian army to respect the dead if it is not able to respect human lives.

On Wednesday, The Jerusalem Post reported that Zelensky issued a statement to the Jewish people of the world. “I am now speaking to the Jews of the world: don’t you see what is happening? That is why it is very important that millions of Jews around the world do not remain silent now,” the president reportedly said. “Nazism was born in silence, so shout about the killing of civilians, of Ukrainians.”

Zelensky is Jewish and his grandparents fought the Nazis in World War II.

According to the United Nations High Commissioner for Refugees, one million refugees had fled Ukraine by Wednesday.

Contacted by the Whig-Standard to comment on the impending siege of Kiev and the specter of indiscriminate Russian strikes on civilian population centers, Ambassador Rae said: “It is hard to find the words. Pure brutality, profound illegality: the blood is on President Putin’s hands. We need to do more to stop it.

On Tuesday, Canadian Foreign Minister Mélanie Joly announced at the UN in Geneva, Switzerland, that Canada had referred the Ukraine crisis to the International Criminal Court (ICC). “We are working with other ICC member states to take this important step following numerous allegations of serious international crimes committed in Ukraine by Russian forces, including war crimes and crimes against humanity. .”

The next day, the ICC announced that it would begin an investigation into the Russian invasion.

Is the Russian invasion of Ukraine a challenge to the post-WWII international order?

“Yes, it’s a huge challenge for the post-war order in Europe,” replied Chris Alexander, who served as Canada’s ambassador to Afghanistan (2003-2005) and also worked on Canada-Russia relations. during his diplomatic career. At one time, Alexander served as “Number 2” at the Canadian Embassy in Moscow.

The stationing of nuclear weapons in Belarus is a threat the United States and its NATO allies must take seriously, Alexander told the Whig-Standard in a phone interview when reached for comment. in Nairobi, Kenya. “We must support our main allies in this region, Poland, of course, and the Baltic States.

“Given the failure of conventional weapons, he (Putin) is inevitably, as Russian leaders have been for decades, grappling with the nuclear threat,” he added, noting that Putin has placed the Russian nuclear forces at an increased level of readiness. “The main purpose of this is to scare us all.”

If Putin swallows Ukraine, will Poland and the Baltic States face Russian aggression and nuclear threats?

If Ukraine were to fall, “the next logical target would be Moldova”, warned Alexander. “But we are far from it,” he said of Putin’s wavering plan to quickly defeat Ukraine.

The Russians have a military history of besieging cities, using artillery barrages, missile strikes, cluster bombs and thermobaric weapons to cause mass civilian casualties. For example, they destroyed the Chechen city of Grozny during a long siege (1994-95).

Are you worried that Putin will launch massive airstrikes and bombardments on the capital Kyiv?

“Yes,” replied Alexander. “And that’s why we should do everything in our power to stop it. I’ve been calling for a no-fly zone over Ukraine for weeks. I think NATO needs to start use its abilities directly to protect Kiev.

How would NATO manage a no-fly zone and prevent a world war?

Alexander said NATO and Russian jets have been close in the past. For example, during the Syrian conflict, NATO member Turkey shot down a Russian plane near the Syrian border in 2015. A global war did not result.

“I am not proposing to go to war…I am proposing that we do not allow Ukraine to fight alone when the most successful military alliance is on its border,” he insisted. .

However, a no-fly zone over Ukraine would be dangerous. NATO would have to deal with sophisticated Russian air defense systems. This would require destroying these defenses to reduce the risk to Allied jet aircraft. Such a scenario could quickly degenerate and lead to a state of war between Russia and NATO. And for this reason, NATO has formally ruled out the option of the no-fly zone.

How to defuse and end the crisis in Ukraine?

According to Alexander, there are only three “exit ramps” for Putin: defeat, a coup or total economic collapse. “And we can’t predict which of these scenarios will actually come true. But we have to push for all of them. It means helping Ukraine survive and ultimately win.

Will Ukraine survive as a sovereign, independent and democratic state?

“Yes, I think they will,” replied Alexander hopefully.