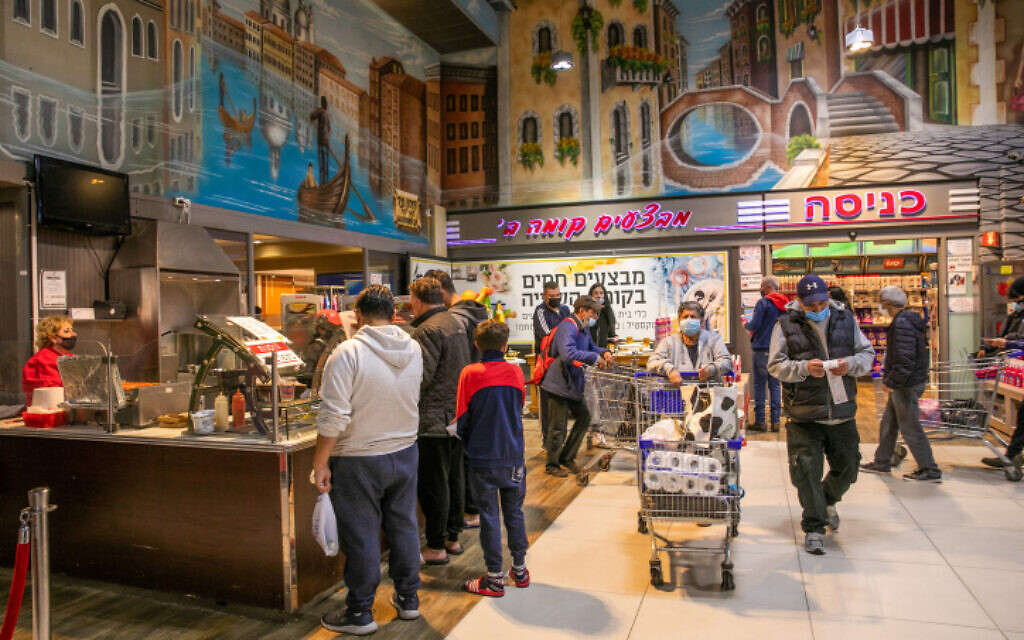 A woman was sentenced by the Lod Central District Court on Tuesday to seven and a half months of community service for bribing Likud MK David Bitan in 2014.

Lihi Sunak-Kuperly was accused of Bitan corruption when he was deputy mayor of the central city of Rishon Lezion, on behalf of supermarket chain Hatzi Hinam.

Sunak-Kuperly, who served as manager of Hatzi Hinam’s real estate assets, was found guilty of giving MK Bitan – a former Likud coalition whip and a confidant of former Prime Minister Benjamin Netanyahu – a total of NIS 40,000 through a middleman in exchange for his help in allocating public parking lots for the supermarket’s use and granting the company tax benefits.

Checks were made payable to an association called Ping Pong Rishon Lezion School for Futsal and Soccer, which were then exchanged by Bitan’s confidant through the association for cash. Bitan is charged with bribery, fraud and breach of trust in this case. The MK denied the charges.

Sunak-Kuperly told the hearing that facing the charges was “a very difficult situation” for her and admitted she “made a mistake” by not consulting others on the matter.

“I was young and didn’t really understand those situations and that’s a life lesson I’ll never forget,” she said, calling her punishment a “gift” that will allow her to help others. elderly people through community service.

Eran Shaham Shavit, the attorney representing Hatzi Hinam and Sunak-Kuperly, said the court’s acceptance of the plea deal demonstrated the charges against his client were “inflated”.

Bitan is also accused of taking bribes from business partner Moshe Yosef and businessman Dror Glazer, both while he was deputy mayor and later as a member of the Knesset between 2011 and 2017. Both men testified against him.

Police said in 2020 they had obtained detailed information on how the alleged bribes and money transfers were handled, in light of testimony from Yosef, a furniture store owner where Bitan allegedly received the money.

Prosecutors alleged that Bitan advanced the interests of construction company Danya Cebus by approving real estate transactions in Rishon Lezion, in return for a cash payment of NIS 430,000 ($124,000). The sum paid to Bitan was aimed at securing Danya Cebus’ bid to win a municipal tender for the construction of a gas station on the outskirts of the city, as well as the approval of another construction project outside of Jerusalem on Route 38.

They also said they discovered evidence that Bitan and Giladi had accepted a bribe of NIS 385,000 ($111,000) to obtain building permits for three real estate projects in Tel Aviv. Police said some of the bribe money was transferred to Bitan using fake invoices.