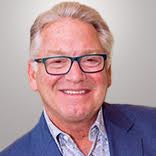 (September 8, 2022, JNS thread) “The Zionist Legacy Award in recognition of the enormous contribution made by the film Upheaval Zionist activity around the world is entrusted to Executive Producer Rob Schwartz and his team at HLI (Hidden Light Institute) with great pride,” said Nerya Meir, Head of the Diaspora Department of the World Zionist Organization ( WZO) in Jerusalem.

Meir traveled to Denver from Jerusalem to participate in the community screening of Upheaval in Aish of the Rockies.

Rabbi Yaacov Meyer, Founder and CEO of Aish, added, “We are so proud of Rob as a devotee and member. He has worked so diligently over the past six years.

The Diaspora Department is one of the major departments of the World Zionist Organization. With the goal of strengthening the bond between Jews around the world and Israel and fostering lasting impact, in collaboration with local Jewish communities and organizations, the department creates educational programs and leadership initiatives that promote Zionism and relevance. and the centrality of Israel to Jews around the world.

As part of this vision, the department has partnered with the Hidden Light Institute, led by Mr. Rob Schwartz, to present the film Upheaval, which tells the unique story of Israeli leader Menachem Begin, to Jewish communities around the world. Begin spoke of Jewish pride, fought for Jewish unity, and represented the resilience that exemplifies the State of Israel. All of these core values ​​are movingly and inspiringly highlighted in the Upheaval film. The film, which has screened in hundreds of Jewish communities around the world, not only shines a light on an exceptional and profound Israeli leader and the legacy he left behind, but it also deepens the connection between his many viewers with Israel and its history.

Many have contributed and participated in the creation of this important film, however the visionary and driving force behind it is Mr. Rob Schwartz. This month is the 125th anniversary of the first Zionist Congress, where Hertzl declared, “Im Tirzu, Ein Zo Agadah” (If you want it, it’s not a dream). This is the feature that best symbolizes Mr. Schwartz and his incredible work. Therefore, we have decided to award him the Zionist Legacy Award from the World Zionist Organization. Nerya Meir said: “While there are many films about Israel and its leaders, this is the first film centered on Menachem Begin – one of Israel’s greatest leaders who truly understood the importance of a strong bond between all Jewish people – in Israel and around the world.It is a great tool to promote the values ​​of Zionism and how they can be applied to today’s younger generation.

We are very grateful to have the opportunity to present this award to Rob in person in his hometown of Denver, Colorado at a screening of Upheaval. We see this as an opportunity to build new relationships with the Denver Jewish community.

Meir said, “This will be my first visit to Denver, I hope many more to come, where I look forward to learning more about this vibrant Jewish community and finding opportunities to work together to foster Jewish life and promote the importance of a strong bond. to Israel.